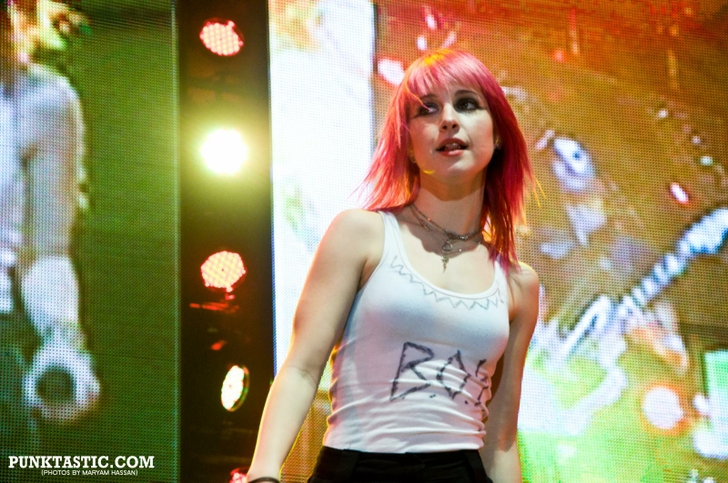 Hayley Williams became the first woman, topping Rock Album Charts both as a solo singer and with a band

The new album by Hayley Williams, Petals For Armor, released May 8, has quickly climbed to the top spot on the Billboard Top Rock Albums Chart. The record enjoyed 22,000 equivalent albums sold and 17,000 units coming from album sales. Why does it make Williams’ result record-breaking? It is her 4th number one rock album, with both Paramore records and her debut record, achieving the top spot!

This means, Williams is now the first woman in rock to succeed in Billboard’s Rock Album Charts as a solo artist and with a group. As for her solo album sales, she comes second this year, following Fiona Apple‘s success with the record Fetch The Bolt Cutters.

And if we take Williams top spots with Paramore, the band has reached the top 20 of the Billboard chart four times now and crowned the chart with their self-titled 2013 record.

William’s solo album songs are making their way into the Hot Rock Songs Chart too. Her lead single ‘Simmer’ went as far as #7 in February and ‘Dead Horse’ debuted at number 36. Which of the singer’s debut album tracks do you like the most? Stream the full album below and let us know.

One more curious moment. Year 2020 is the first year to have the Billboard rock charts led by two solo women singers since 2015. Five years ago it was Brandi Carlile and Courtney Barnett, topping the charts. And now hats off to Hayley and Fiona!

In an interview with BBC Radio in January 2020, Williams opened up about Petals for Armor recording experience:

“I’m so ready and so incredibly humbled to get to share this project… Making it was a scary, empowering experience. Some of my proudest moments as a lyricist happened while writing ‘Petals for Armor'”.

Enjoy your day and remind yourself of the music video for the hot-rock-chart-topping track ‘Simmer’, directed by Warren Fu. Don’t miss out on the news about your favorite rock bands – join us on AlteRock Facebook and AlteRock Twitter!