After moving to Australia, the frontman of Dommin kept on writing solo material but stopped playing live for a couple of years. However, the creative musician eventually got surrounded by other enthusiasts and put together a band, Kristofer Dommin and The Oztones. Soon, the group already performed in the venues of Brisbane. In addition, this year Kristofer has released three new songs in 2020. What was it like, playing live again? How come Kristofer gravitates towards rockabilly and “bluesy vibe” in solo work? And what’s his message to all of us in the times of coronavirus?

“It really felt like a hole was left in me when I stopped. So I started getting the itch to play out again.“

“I like being able to clothe the song in whatever elements fits the mood the best. If that’s a bluesy stomp and clap or a church organ, choir and tubular bells, I just want it to get the emotion across in the best way.”

More: Exclusive Dommin interview: “It doesn’t always have to be sunshine and rainbows”

“I have found that if I don’t occupy a certain amount of time with musical creativity, I get a bit depressed. So, I have learned to find ways to make time“

Interviewed by Tatiana Vinichenko. Don’t miss out on the news about your favorite rock bands – join us on AlteRock Facebook and AlteRock Twitter! 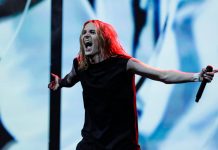 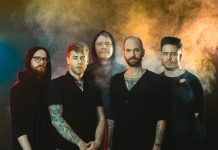 Horror Dance Squad interview: “We want to be involved in every aspect of the art we’re putting out”