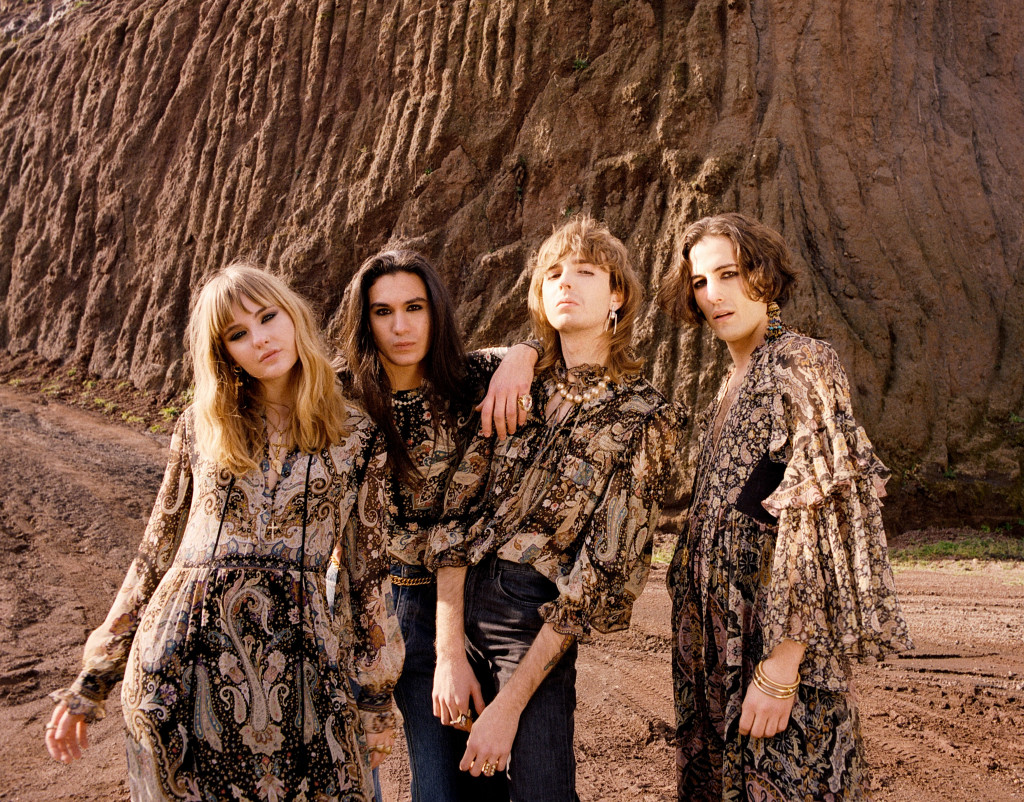 A highly anticipated musical biopic Elvis, directed by Baz Luhrmann, is premiering June 24 in the U.S. and all over the world, and it’s full of atmospheric soundtracks. The film stars Austin Butler as Elvis Presley and Tom Hanks as Elvis’s manager Tom Parker. Among the movie soundtracks is Måneskin’s rendition of Elvis’s ‘If I Can Dream’.

In the movie, lead actor Austin Butler sings young Presley’s songs, but as the singer ages on the screen, Butler’s voice is blended with tapes of midlife Elvis to produce a similar a vocal tone. As for the official film soundtrack, the album features renditions of Presley’s tracks by many artists, including Måneskin, as well as a number of original songs.

The band’s cover shows a totally different, gentle and melancholic side to Damiano David’s vocals. No wonder Måneskin took the challenge seriously: Elvis recorded ‘If I Can Dream’ in June 1968, just two months after the assassination of Martin Luther King Jr., who gave the world hope for equality with his 1963 speech “I Have a Dream”.

The movie soundtrack will also feature Eminem and CeeLo Green’s new track ‘The King And I‘, as well as ‘Tupelo Shuffle’ by Diplo and Swae Lee and Doja Cat’s original song, ‘Vegas‘. Butler’s renditions of Presley’s songs will also be on the album, along with some actual recordings by Presley himself. The complete soundtrack is scheduled for release on June 24.

Watch the official movie trailer for Baz Luhrmann’s Elvis below: