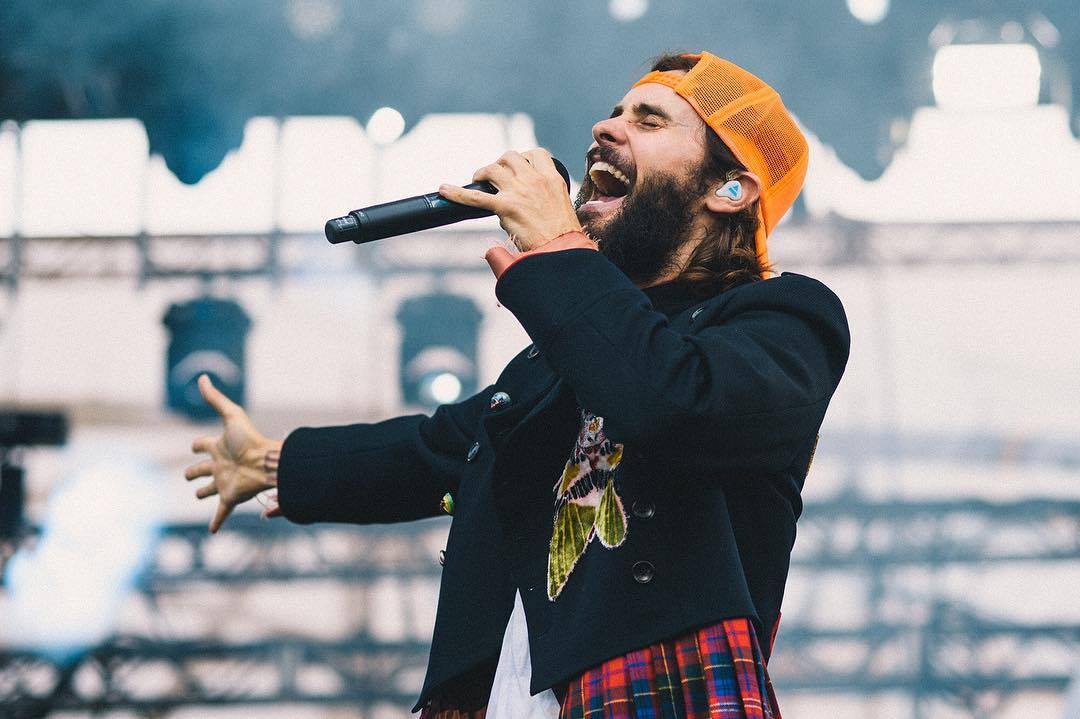 The band is waiting for “the right time to put music out”, and it might have ’70-80s’ vibe

It was only last year that Jared Leto told media his band Thirty Seconds To Mars had written “maybe 100 songs”, which is already more than enough to pick the most powerful ones for a new album. Now the singer claims they’ve worked on 150-200 new tracks!

“We have so many songs now,” he revealed to NME. “We really took advantage of that time in lockdown, and hunkered down and started writing.” The band carried on writing new songs this year, even though Leto’s never idle on the cinematographic front either.

To start with, Leto played an outstanding role of Paolo Gucci in the just-released House Of Gucci alongside Lady Gaga (Patrizia Reggiani) and Adam Driver (Maurizio Gucci). On top of that, fans cannot wait to see the frontman of Thirty Seconds To Mars in the upcoming Marvel’s film Morbius, originally set for release on July 10, 2020. Since then the premiere of the movie has postponed 5 times, the new coming-soon date being January 28, 2022.

Check out the movie trailer:

Does it mean Leto and his mates will soon hit the studio and work on full-fledged new release? Not quite yet. According to the musician, there is no definite release date yet. The musicians are still on the lookout for the perfect opportunity:

“We’re really just waiting for the right opportunity, the right time to put music out.”

Speaking of opportunities, many fans are hoping that following House Of Gucci, Jared Leto could make a collaboration with Lady Gaga. Is that really a possibility? “I mean, that would be fun. I danced with her already so that was enough for me”, the singer told NME. “But that would be fun. She’s a terrific artist and I think she’s just a real talent. I have a lot of respect for her…her bravery.”

The movie is accompanied by the hits of ’70s and ’80s, including Eurythmics, Blondie and George Michael, and Leto calls “listening to Italian hits” of those decades “a well of inspiration”. In fact, we might hear the influence of that era on the next Thirty Seconds to Mars record:

“There are a lot of those sounds that definitely are on the new [Thirty Seconds To Mars] album,” he revealed.