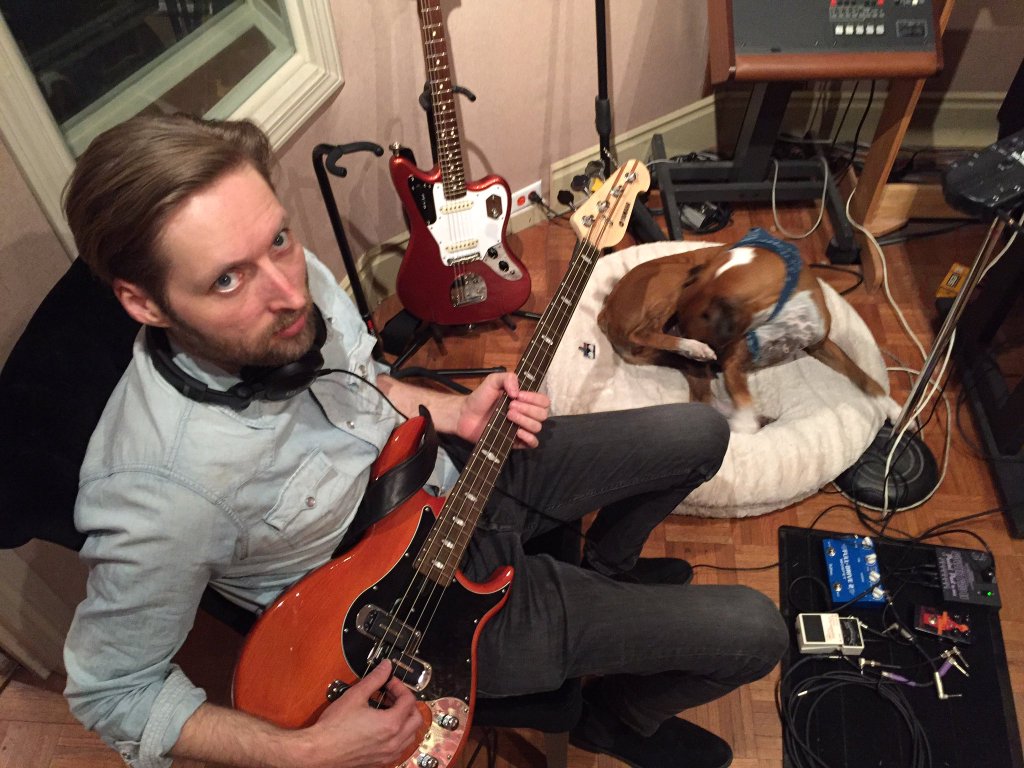 The Killers are working on their new album: a few hours ago the band’s bass guitarist Mark Stoermer shared this lovely photo of himself jamming in the studio, while The Killers’ “biggest fan”, boxer Archie, is basking in the sounds of the new band’s tunes nearby.

Hopefully, not only the lucky pet but also The Killers’ fans will hear the band’s new tracks soon. “We’re writing – we’re in the early stages,” frontman Brandon Flowers told NME. The release details are not revealed yet: on BBC Radio 2, Brandon Flowers said that in a ‘perfect world’ the band would be releasing new songs in late 2016.

In addition, NME wrote this past February that Elton John was planning to go to Las Vegas to collaborate with the band on their upcoming album. The legendary musician said: “I’m hoping to go to Vegas and write with Brandon for the new Killers record… So that’ll be interesting.”

The Killers’ latest record to date, ‘Battle Born’, came out in 2012. It was followed by Flowers’ solo album, The Desired Effect, in May 2015.

Do you know any details on the band’s progress with the new material? Let us know! Leave us your comments below and stay tuned with Alterock Facebook and Twitter to never miss on the news about your favorite alternative music!