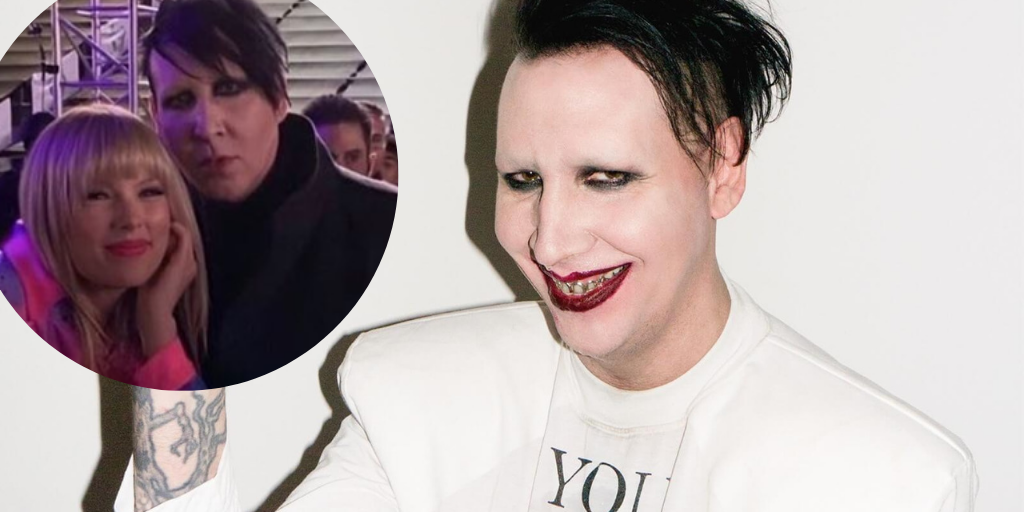 All Twitter users can talk about is the photos made this weekend at Wango Tango event, catching Marilyn Manson and Taylor Swift posing together! Well, we knew Taylor loves shocking and daring musicians. But who knew Manson fancis Taylor that much?

Judging from the images, Taylor simply cannot hold back her excitement. And even though Marilyn remains “Mr. Calm”, he presses his cheek against Taylor’s in the sweetest way. Hm… Who is the other one’s bigger fan here, we wonder?

More: MARILYN MANSON launches sex toy with his face on it

Meanwhile, there’s more to it that the two singer taking a pic together. Fans have been posting numerous reactions to stars’ contrasting outfits. On the one hand, the always gothic-looking “man in black” Manson, and next to him is rainbow-colored Taylor. No suprise, the images have already given birth to quite a few memes.

Does it surprise you that Swift and Manson were so thrilled to meet and got along so effortlessly? Let us know in the comments below and join us on AlteRock Facebook and AlteRock Twitter!