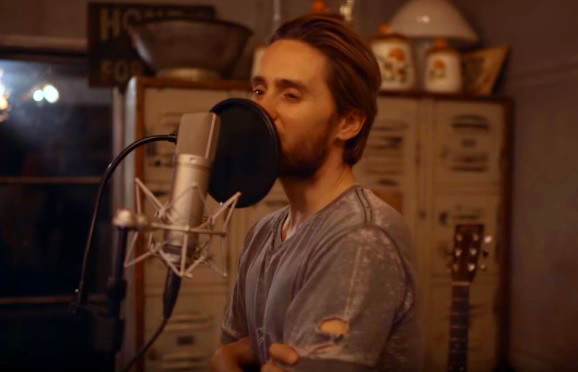 “Mars Is Coming” – announces the hashtag of the new teaser, titled “Thirty Seconds to Mars / Interscope: 2017”

Have you been following Jared Leto’s regular updates in social media, mostly related to the his part as the Joker in the forthcoming moview, thinking “God, when are Thirty Seconds to Mars finally putting out some new music?”

The first day of August brings awesome news: this long-awaited moment has arrived! Today the band have teased brand new material from their in-progress 2017 album! “Martians” have shared a brief teaser video with their new music playing for 38 seconds and a row of video fragments, featuring that with Leto recording new stuff in the studio.

There’s no doubt as to whether the new video is about the band’s new album, as the title of the clip is “Thirty Seconds to Mars / Interscope: 2017,” plus the video finishes with the note, “Coming 2017,” and the hashtag introducing the teaser reads #MarsIsComing.

In case you don’t know what “Interscope” stands for in the video title, it is the label, through which the band’s new studio album will be released. The band’s collaboration with Interscope comes after the extensive legal battle with their previous label EMI.

The band’s latest album to date was 2013’s Love, Lust, Faith and Dreams. The new album has been planned for a long while. Back in November 2015, the rock outfit said they would start working on their next effort. According to Leto’s recent Rolling Stone profile, the singer was in the studio recording the new album in June.

Tweet of the Day: JARED LETO Shares New Pics of His Climbing Adventure

As usual, Jared skillfully combines his career in cinematography with writing and recording new music. Since the beginning of this year, he’s beeen busy playing the role of the Joker in Suicide Squad, which will debut in theaters this Friday, August 5.

In 2014, Thirty Seconds to Mars frontman won an Oscar for his performance in Dallas Buyers Club. Let’s see if his part in Suicide Squad brings him critical acclaim and more awards in film industry.

Watch the band’s teaser video below. Be the first to leave your comments, share the article, and stay tuned with Alterock Facebook and Twitter to never miss on the news about your favorite alternative music!