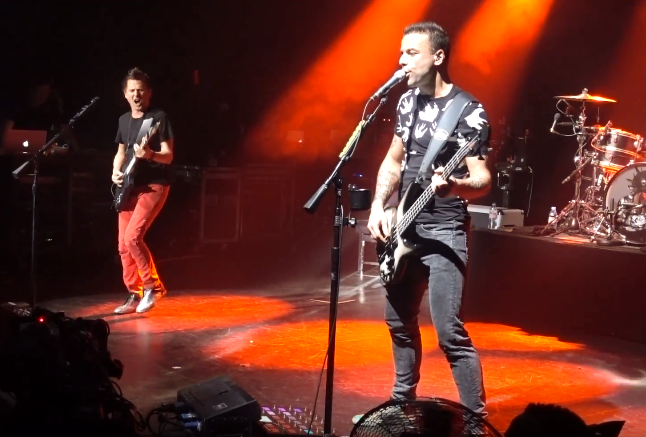 Muse played a unique “by request” show in Paris, with setlist voted for by fans

This past Saturday, February 24, Muse played a superare show their European fans could only dream of. The band’s hardcore fans gathered in Paris club La Cigale to hear Muse’s rarities and songs they had voted for.

The voting had taken place in an online poll, and guess what, fans couldn’t wait to hear Muse play their newest single, ‘Thought Contagion’! So the show also saw the the live debut of the viral song, and not only did it live up to fans’ expectations, it exceeded them:

After ‘Thought Contagion’ spectacularly opened the rarities show, the crowd enjoyed their favorites from Absolution, Showbiz and Origin Of Symmetry, interchanged with the tunes Muse hadn’t played for a decade or two. From an Absolution B-side ‘Eternally Missed’ (first time since 2002) to ‘Space Dementia’ and ‘Helsinki Jam’ (first time since 2011). The show wrapped up with another rarity, ‘Yes Please’, which hadn’t been played as a closing song since 2000.

Check out the full setlist below, along with the band’s anthemic performance of ‘Psycho’.