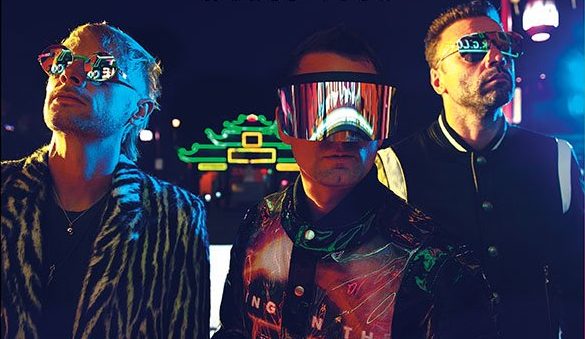 We never know what high-tech arena experiences to expect from the British trio but judging by their latest music videos we could predict that the Simulation Theory Tour is going to have a virtual reality approach. And we were right! Muse have announced the dates for the world tour in support of their new album (coming out Nov 9), and fans are invited to a highly entertaining virtual reality pre-show party.

Muse and Microsoft have put their heads together to offer fans an “Enhanced Experience” package. Not only do you get a front-row seat with it, you also receive access to the Muse Mixed Reality Pre-Show Party, where you can dive into the world of Simulation Theory and play three virtual reality games, inspired by the songs from the new album.

Why “mixed reality” pre-show? Because some of the privileges you get are not virtual but 100% physical. Such as actual props and memorabilia from Muse’s newest music videos, which you can use for you photos, plus a show poster and a “Thought Contagion” lunchbox, included into the package!

The Simulation Theory World Tour is coming to the cities in North America, Europe and Russia – check the list of dates below (via Alternative Press). Fans who preorder the album up until 11:59 p.m. Nov 8 will get access to ticket presale on Nov 13. The general ticket sale for the tour opens Nov 16 at 12 p.m. local time in the U.S.

Did you see Muse’s previous tours? Which part of the show was the most memorable for you? Flying drones, a 360 degree rotating stage? Something else? Remember to leave your comments below! 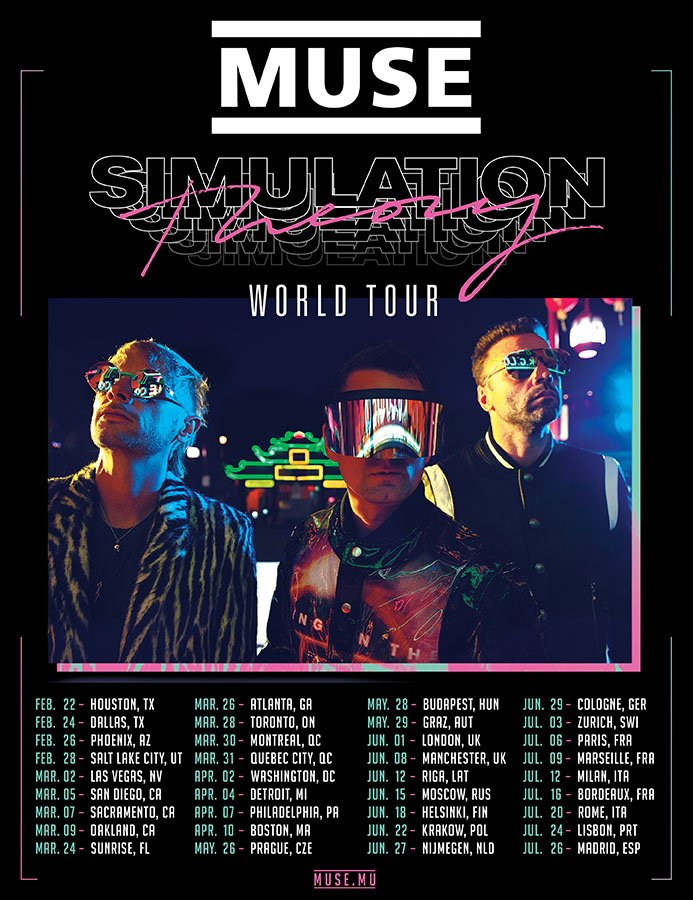