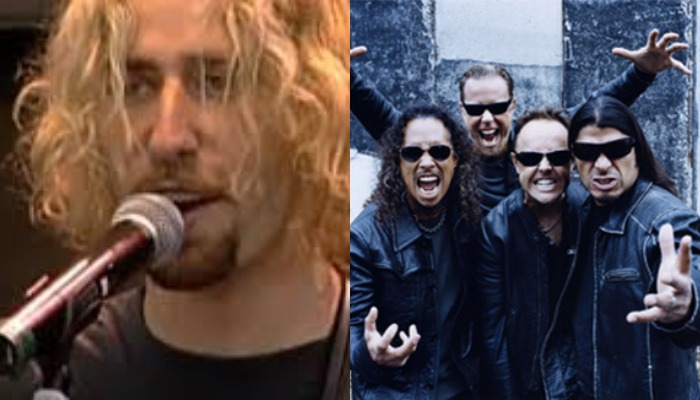 Nickelback’s cover of the legendary ‘Sad But True’ has gone viral, changing the mind of many band’s haters

We bet your first thought is “Why is this even news? This performance took place back ages ago, didn’t it?” Yes, the Canadian rock band’s cover of Metallica’s undying ‘Sad But True’ was first posted back in 2008. But somehow, posted recently by Vintage Heavy Metal, it resurfaced and went viral, gathering millions of views! And many Nickelback haters are now mad, feeling unable to deny the cover is really good…

Both Metallica fans and Nickelback antifans have expressed their surprise at Chad Kroeger’s delivery of Metallica cover. Some are even sure the cover sounds better than Metallica’s original ‘Sad But True’ and insist “Nickelback should release a cover album of Metallica songs.”

It’s not that people who used to dislike the band are immediately jumping onto the Nickelback fan train. But while still being part of the so-called opposition, they go as far as to write: “Fuck, now I actually have to say I like something nickelback has done,” quoting one Twitter user wrote. Another one admitted: “Not that I like Nickelback but their cover of Metallica’s ‘Sad But True’ is damn good.”

Now, we’ve never had anything against the Canadian rockers, but it’s the way media portray this news that disturbs us more than people’s comments. Why? Alternative Press, for one, has jokingly reported that based on the recent comments we’re living in a “strange, upside-down world where Nickelback is good…”. Looks like the author of this article hasn’t been a Nickelback fan either.

But what do you think of the cover? Are you surprised at the haters’ (and ex-haters’) reactions? Be the first to leave your comments and stay tuned with AlteRock Facebook and Twitter to never miss on the news about your favorite alternative music!

Done making fun of Nickelback. They won me. #sadbuttrue https://t.co/VYbXr15cMF