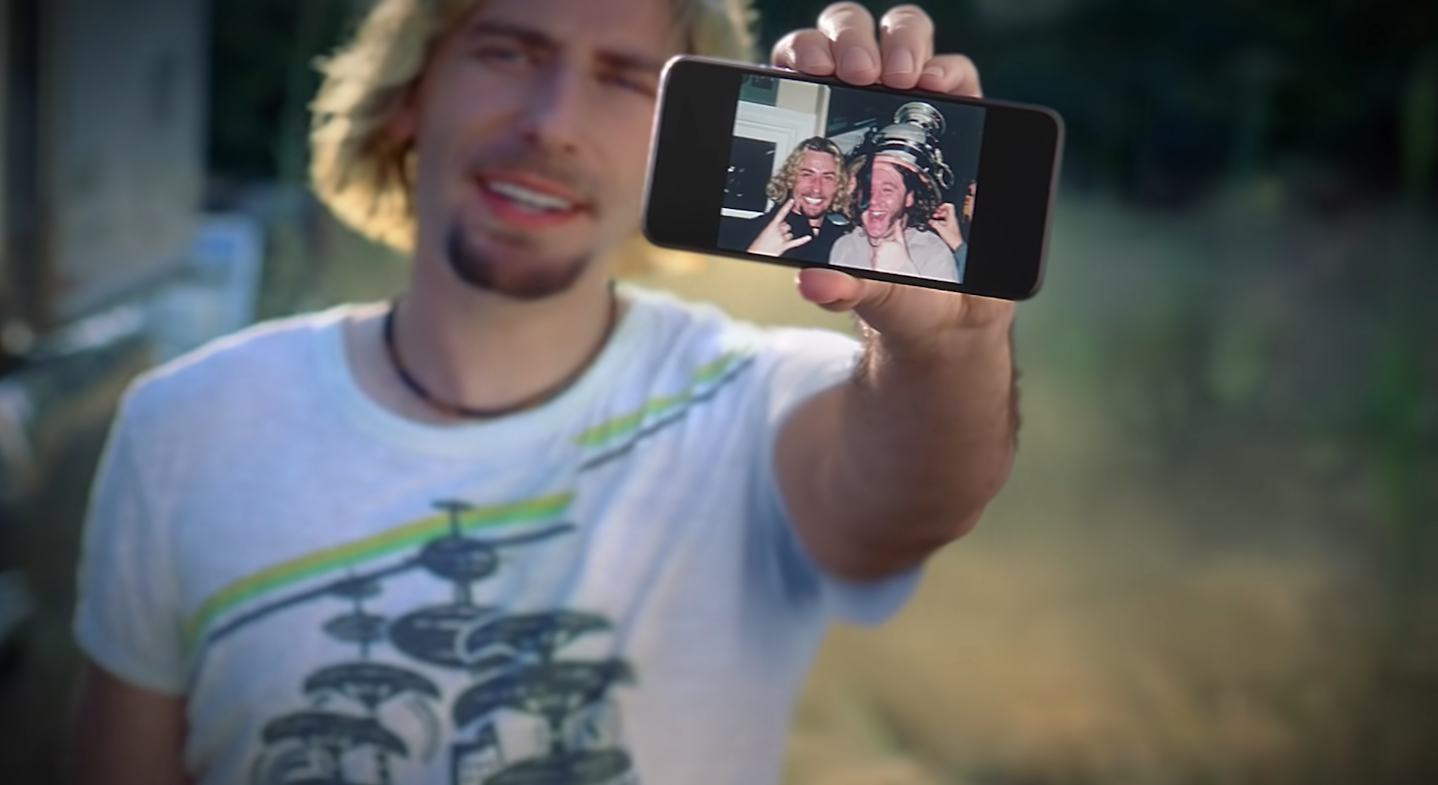 “Falling down the photo rabbit hole. Is it my hair or just a ramen bowl?” goes Nickelback self-parody

More: Nirvana’s Krist Novoselic is fed up with media diss targeted at Nickelback, says “I love them!!!!”

This reimagined ‘Photograph’ video is enhancing Google‘s latest campaign, encouraging people to use Google Photos. Obviously, no other song could convey the campaign’s message better, that is “look at your photographs”. The parody video is just a bit over a minute long but it’s well-thought through but it’s just enough to touch on everything from Chad Kroeger’s bad hairstyle choices (were they really that bad?) to funny band photos.

Kroeger obviously had a lot of fun writing and signing the song’s 2020 lyrics. There are many self-mocking references in the new parody, such as multiple photos of tasty desserts, posted by the band and Kroeger’s hair looking like ramen noodles. “Falling down the photo rabbit hole // Is it my hair or just a ramen bowl?”, sings Nickelback frontman. Take a look below:

“Fifteen years ago, we had no idea that the photos on our mobile devices would become such a ubiquitous part of all of our lives,” Kroeger says. “When Google approached us with the idea about marrying the song with Google Photos we felt like it would be a fun and nostalgic way to give the song a lyrical refresh and share some of our favorite memories.”

Why now? Because it’s been 15 years since Nickelback shared the original ‘Photograph’ with the world. What a creative way to celebrate the song’s anniversary!

Over these years there has been plenty of memes and parodies of the rock anthem. Not to forget, when Donuld Trump used the ‘Photograph’ meme in an attempt to cast attention the attention from potential impeachment proceedings against him. Nickelback then asked Twitter to remove the video from its platform, and Trump’s posted instruction to “LOOK AT THIS PHOTOGRAPH!” only showed a message that the video has been removed by the request of the song’s copyright holder.

LOOK AT THIS PHOTOGRAPH! pic.twitter.com/QQYTqG4KTt