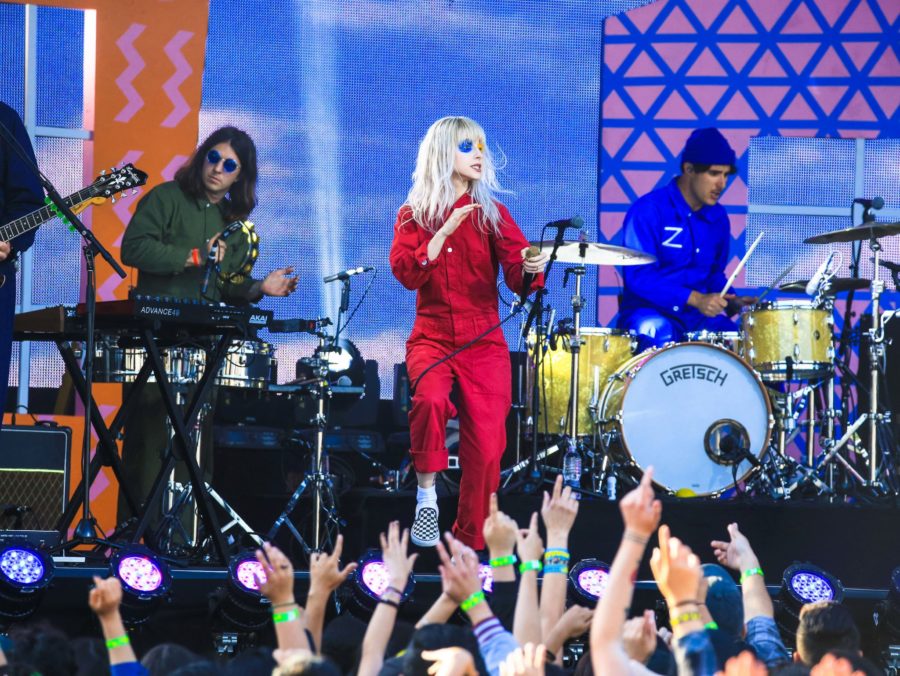 The sun is shining for Paramore, who have just released their fifth album After Laughter, and now came to rock Jimmy Kimmel Live! with an energy-driven performance of their infectious hit ‘Hard Times’ and a feel-good song ‘Ain’t It Fun’.

More: Check out the wedding photos from Hayley Williams and Chad Gilbert’s wedding 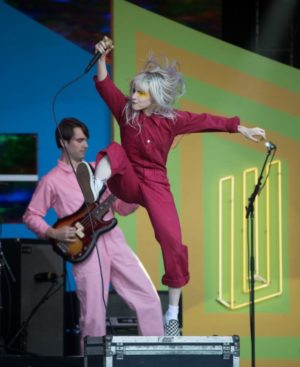 The band’s energy and drive on ‘Hard Times’ was over the top. The bright, “multicolored’ Paramore frontwoman, Hayley Williams, quickly put the crowd into motion with her positivity and bold (at times robotic!) dance moves. Watch the band’s second performance, of ‘Ain’t It Fun’, below.

And get ready to see Paramore “energizers” live this fall, as the band has just announced a new North American fall tour in support of the new record. The group will be joined on stage by Best Coast. See they are going to hit your town in the list of tour dates below.

You can also see or support Paramore at this year’s APMAs, where they are nominated for Most Dedicated Fanbase. The awards ceremony will take place at the Quicken Loans Arena in Cleveland, OH on July 17.

What do you think of Paramore’s bright outfits and quirky dance moves on the stage of Jimmy Kimmel? Let us know! Share your thoughts in the comments, and join AlteRock Facebook and Twitter to stay tuned for rock and metal news. 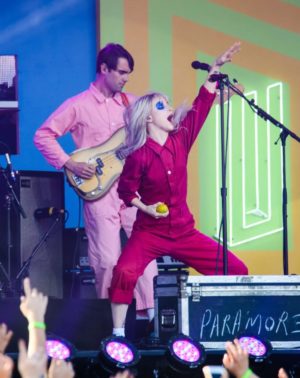 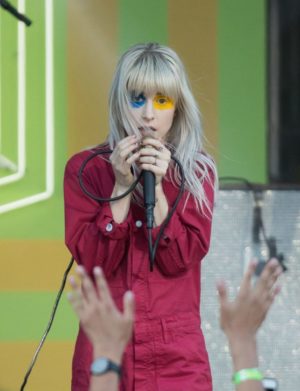