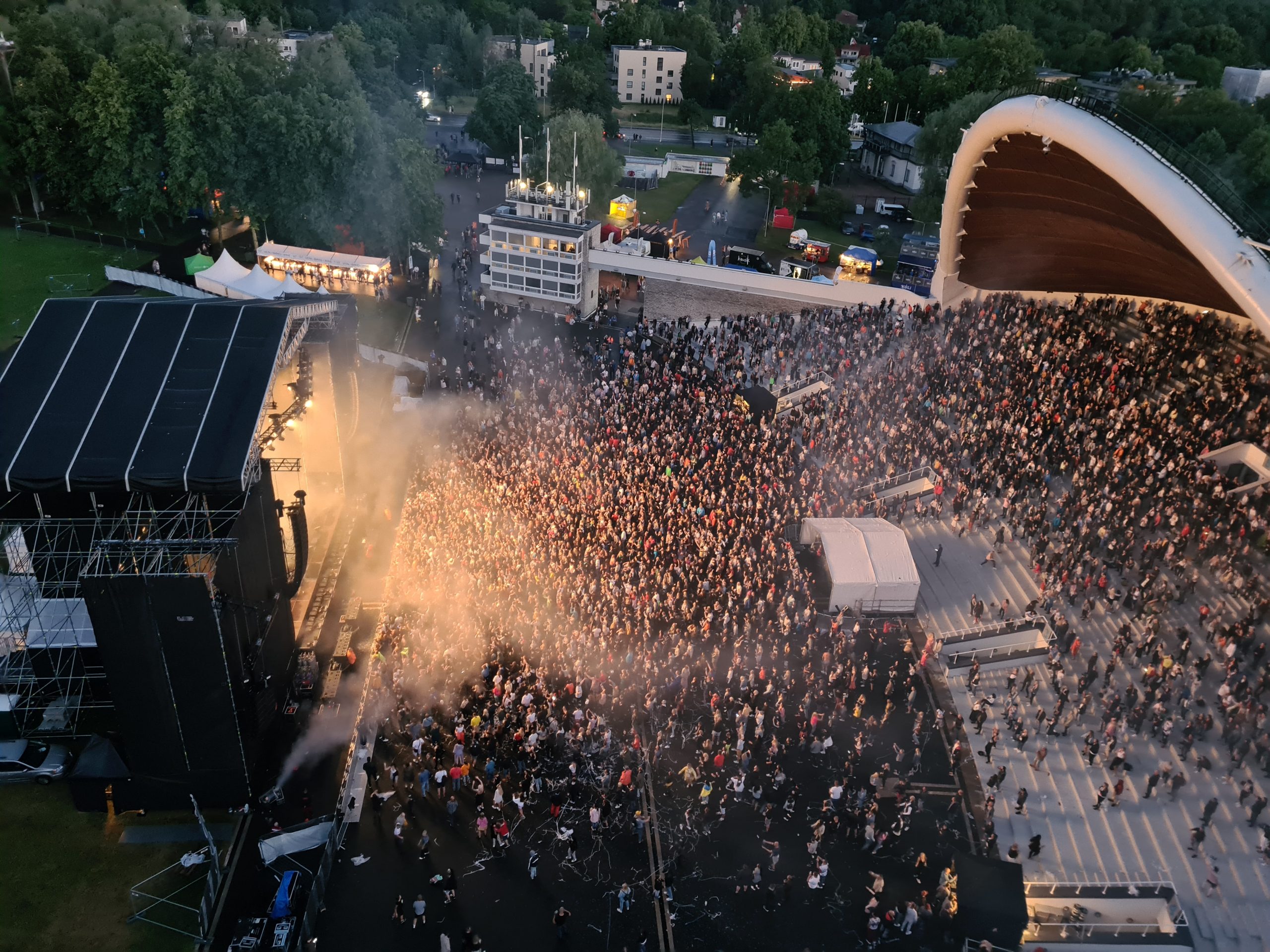 It couldn’t have been a rainier evening in Tallinn, but it didn’t stop about 10,000 electronic music fans from coming to the highly anticipated event in the middle of the week and jumping around in disposable plastic raincoats.

The crowd of Singing Grounds warmly welcomed an up-and-rising Estonian electronic duo WATEVA, which opened for Tiësto, despite heavy clouds and on-and-off pouring rain. The homegrown act got noticed after their hit single My Love 2 U, released in 2018. The success was followed by the launch of their debut album Disposable Society. The latter won them the title of the best electronic album of the year at Estonian Music Awards 2022.

Once the Dutch DJ took the stage, 10,000 fans got ecstatic. And they were in for lots of music treats and medleys, accompanied by fire machines, confetti, fireworks and what not. Tiësto delighted the crowd with all of his best hits, from “The Motto” to “The Business” to “Jackie Chan”.