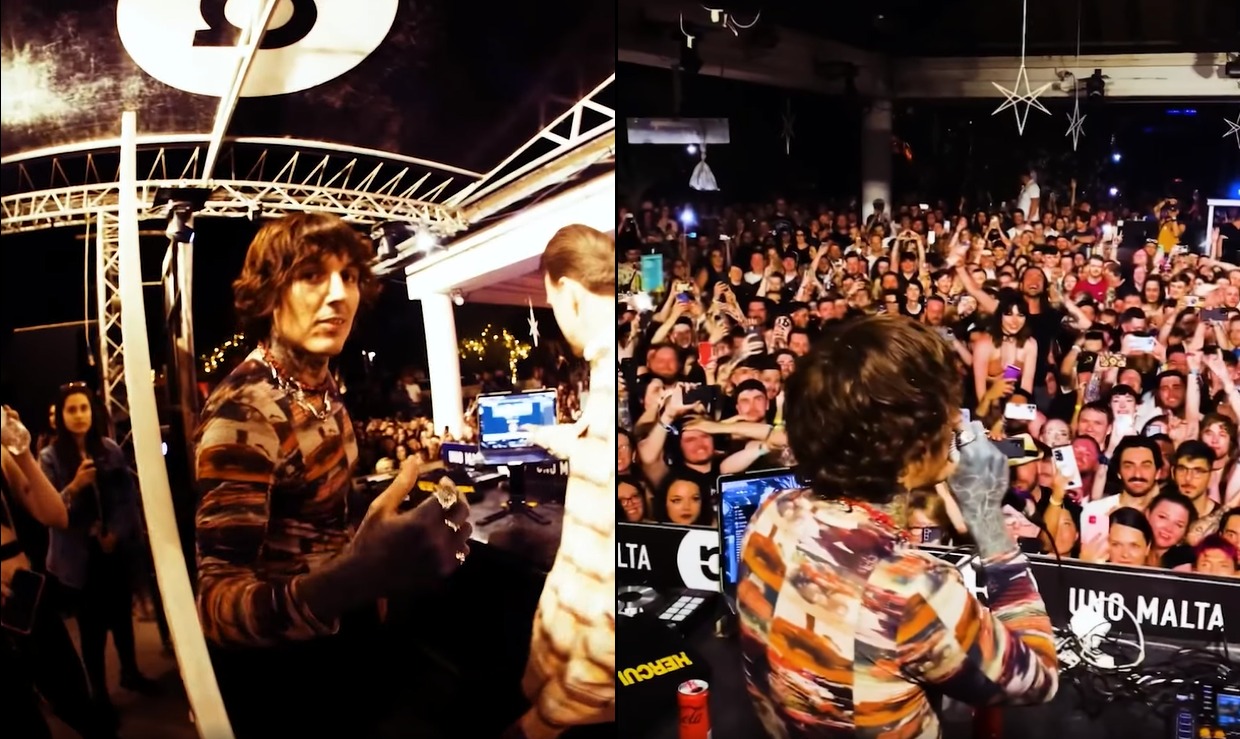 Bring Me the Horizon have surprised their audience with a brand new song ‘Strangers’ while hosting Malta Weekender festival last Thursday, May 26.

There hasn’t been an official live debut of the song yet, but the band’s frontman Oli Sykes was in the mood and decided to play ‘Strangers’ during their DJ set at the festival. He even got the crowd to sing along to its chorus.

BTMH singer couldn’t believe so many rock-minded people showed up in scorching hot Malta for their fest set. He joked: “Why in the hell would a bunch of goths come to Malta at the end of May? It makes no f–ing sense.”

Talking about the song, Sykes added: “Right now, we’re all a room full of strangers. We don’t know each other and it don’t f–ing matter cause we’re all here for the same f–ing reason, right?”

Check out the live video footage from the set below:

The festival audience seem to have loved the band’s set. Here are some of the Facebook comments from the fest:

Alexander Pettersson
This weekend was sick! The love in the crowd was amazing! I will never forget this weekend ever! 💖

Jesse Tucker
Malta was great , you all should consider doing 1 throwback song per tour

Ashley Tucker
I lost half a toe nail and have a swollen foot from the mosh but would do it all again!!! 🥰

Jeremy Lepenne
Malta was the best time of my life. I felt so alive. Thank you.

The new track definitely has nu-metal-type of melody and has all the potential to become one of Bring Me The Horizon biggest hits. Some describe the new track as “emo”, do you agree? Is it back-to-basics material or the sound of the future BMTH?

The band also posted some live footage from their first Malta Weekender night on Facebook. Be sure to watch it below: