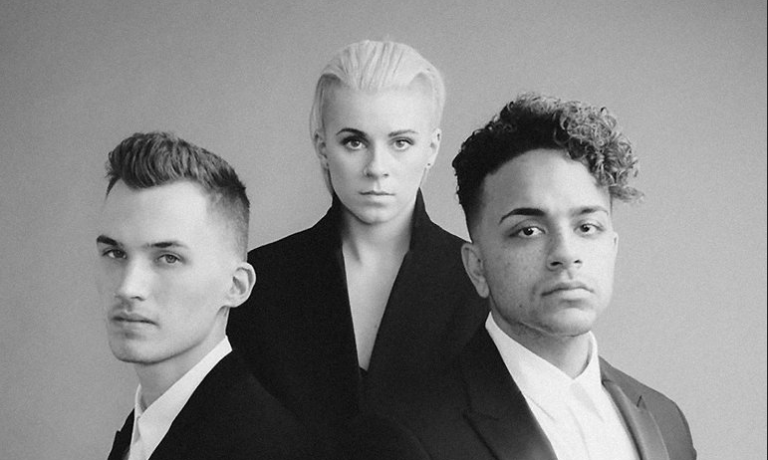 We’ve already heard four tracks from PVRIS’s upcoming new record, which will hit the stores August 25. We’re talking about the lead single, ‘Heaven,’ and three songs which followed it: ‘What’s Wrong,’ ‘Half’ and ‘Winter.’ And now that the band are debuting the fifth track from the album, ‘Anyone Else’, we’ve almost got half of the album to enjoy prior to its official release. Listen to ‘Anyone Else’ below.

PVRIS’s upcoming record with a long title All We Know Of Heaven, All We Need Of Hell is already among the most anticipated releases of 2017. Frontwoman Lynn Gunn recently told AltPress  that on the new album listeners will feel their “maturity as humans and writers”:

[quote align=”center” color=”#COLOR_CODE”]“I can say that we’re different—like, we as people. We recorded White Noise probably three years ago, so with this record, we have a lot more ideas. We have a lot more experiences to draw from, and just overall maturity as humans and writers. All those things combined into one. There’s also more pressure on this one as well, but it’s a good pressure, I think.”[/quote]

More: PVRIS’s frontwoman shares thoughts on the importance of publicly speaking about being gay

You’ll also be able to catch PVRIS on the road this fall as they support their new album, All We Know Of Heaven, All We Need Of Hell. Check out the venues and dates below and let us know which show you’re planning to see.

Listen to the new track, ‘Anyone Else’, in the Spotify player below. Do you like the song? Be the first to leave your comments and stay tuned with AlteRock Facebook and Twitter to never miss on the news about your favorite alternative music!

**with MUSE and Thirty Seconds To Mars