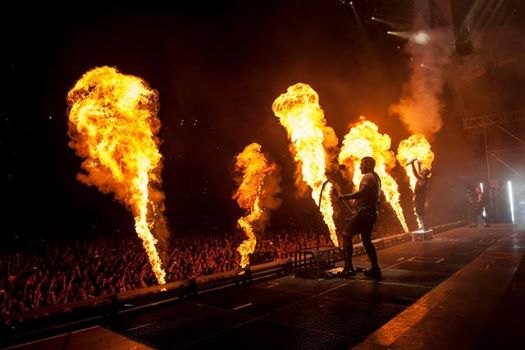 Rammstein’s European fans have obviously been waiting for so long to catch the band live in their country or the country nearby that the response to their recently announced festival shows for summer 2017 has turned out to be overwhelming. As a result, the stretch of dates had to be extended to fit all the fans hoping to catch the band live next summer.

A couple of the 2017 tour locations will be visited by the industrial metal band for the first time ever. Rammstein’s full summer itinerary now looks like this:

Till Lindemann has also recently announced that the new album is currently in the works. The release is approximately expected to be out in fall 2017.

Are you coming to any of the band’s European shows? Which one? Where will you be travelling from? Be the first to leave your comments and stay tuned with AlteRock Facebook and Twitter to never miss on the news about your favorite alternative music!