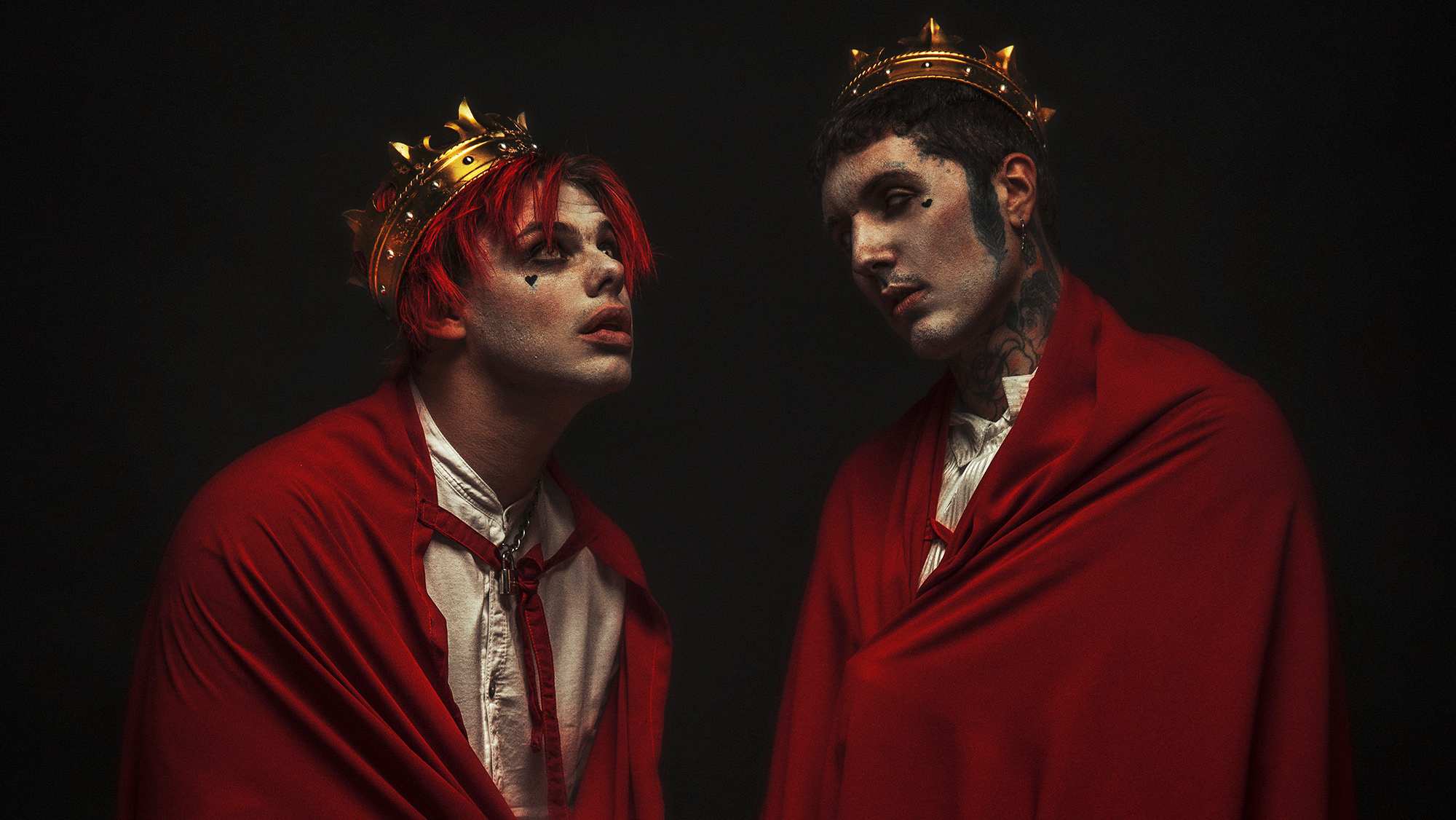 «We will rise above the hate and the diversion. We will not obey,” state BMTH in the new track

If someone wasn’t idle during the lockdown, it’s Bring Me the Horizon. They devoted the time that had freed up to write and finish powerful new tracks.

The twice-Grammy-nominated UK band Bring Me The Horizon has teamed up with eccentric and loud Yungblud, «the clown prince of pop-punk», as ABC website calls him.

The new single ‘Obey’ skyrocketed via RCA/Sony on Wednesday, Sept 2, and features production from Mick Gordon, the composer of Doom Eternal soundtrack. Was the message meant to be doom?

«Gambling with your soul»

The new song brings to light how the powerful ones suppress and control us with invisible chains, «gambling with your soul». To the extent that we don’t even notice it anymore. The lyrics go:

«Obey, we hope you have a lovely day
Obey, you don’t want us to come out and play away now, now
There’s nothing to see here, it’s under control
We’re only gambling with your soul»

The track was inspired by «going through with lockdown and quarantine,» Oli explained to triple j Breakfast.

«We’re subjected to horrifying, tragic, traumatising stuff on a near daily basis… We’re fed this information in way that we’re not meant to react to it,» vocalist Oli Sykes explains. «The worst thing ever has just happened but don’t panic; it’s fine, we’re taking care of it.»

«‘Don’t ask too many questions, get on with your job’. It’s a bit of a sarcastic way to look at it but life is becoming more and more like a George Orwell book,» the frontman believes.

“We consider ourselves free but only because the chains are invisible, and we are controlled in ways we don’t even want to think about.»

The track also exposes division and hatred as a method of controlling people: «They try to keep us divided because it makes us weaker. Robots follow robots, because they feel nothing at all.

We will rise above the hate and the diversion. We will fight for the world we want to be a part of. We will not obey,” finishes the empowering statement.

Bring Me the Horizon: We didn’t want to «choose obvious people»

The music video for ‘Obey’ was shot in London by Sykes himself. Once again Oli performs as the video director and does it with enhancing professionalism.

The video which shows two robots, fighting with each other, controlled by Sykes and Yungblud, suddenly finishes on a romantic note, which is not at all supported by lyrical content of oppression, corruption and «systemic nightmares».

For the first time, Yungblud shows a more brutal, hardcore part of him (and feels pretty comfortable in it). How did BMTH even come to choose him for ‘Obey’?

“With our last record [‘amo’], we kind of looked outside the scene for people to collaborate with and bring something new to the table,» Sykes told Loudwire. «And with this record we wanted to have people that reflect the scene at the moment and still not choose obvious people that you would expect us to work with.”

Not to mention, Sykes has long admired Yungblud’s original approach to making music:

“I really like what Yungblud’s doing. I love his energy and I think he’s reflective of a new breed of rock star. We’re honoured, to be honest.”

Speaking of which, ‘Parasite Eve’ has reached a mindblowing milestone on streaming platforms. The powerful track has been streamed more than 35 million times, as Smash Press points out.

More: BRING ME THE HORIZON ask: “When we forget the infection / Will we remember the lesson?” in new song ‘Parasite Eve’

Post Human project will consist of four EPs released throughout 2020, turning it, basically, into the band’s seventh studio album.

As for Yungblud, the multi-talented hyperenergetic musician hasn’t let his fans down, despite the overall lockdown restrictions. He has dropped three standalone singles this year: ‘Strawberry Lipstick‘, ‘Weird!’ and ‘Lemonade’.

Did you enjoy the article? If so, stay tuned with us on AlteRock Facebook and AlteRock Twitter!