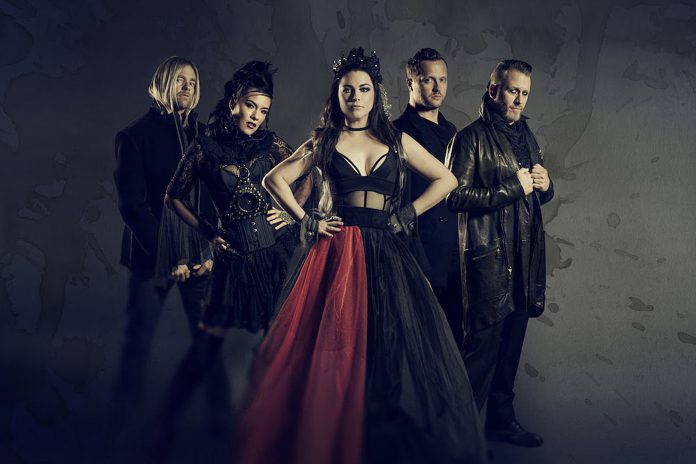 Play your favorite Evanescence songs on repeat, because they are heading to 11 European countries this fall

Long time no see! Evanescence have made our day by announcing they’re heading on a European tour this September! The band will play 14 dates in 11 European countries, following their U.S. tour leg this spring and summer.

At the moment Amy Lee & Co. are gearing to play shows in Jacksonville and Hollywood, FL on May 3 and 5, respectively. The U.S. part of the tour finishes in late July and after one month of rest it’s time for European fans to meet them.

Amy Lee dropped this awesome news on Twitter, and she sounds as excited as her European fans:

“Europe! You’ve been asking, so we answered. 14 new dates this Sept across 11 countries. Pre-sale begins tomorrow at 10am local. Use the password EUROPE19. On-sale begins Friday, May 3 at 10am local. All dates at evanescence.com – tell us what show you’ll be attending!”

Of course, all of you are wondering whether Evanescence are planning to record any new music at all this year. Although there is no approximate date as to when the band is hitting the studio, in an interview with 93.3 WMMR Rocks! last December, the band said there was no doubt they’d write new music and return to their roots.

“We all really wanna do it,” Lee promised. “And it’s not one of those things where it’s like, ‘Someday, maybe we’ll do something again.’»

If they do release a new album in 2019, it will be the first new record from Evanescence in 8 years. Their latest, self-titled album was released back in 2011.

Be sure to check the upcoming tour dates and locations below and get your tickets at this location.

Europe! You’ve been asking, so we answered. 14 new dates this Sept across 11 countries.
Pre-sale begins tomorrow at 10am local. Use the password EUROPE19.
On-sale begins Friday, May 3 at 10am local. All dates at https://t.co/FUcOknd1wl — tell us what show you’ll be attending! pic.twitter.com/iizu5xjPao