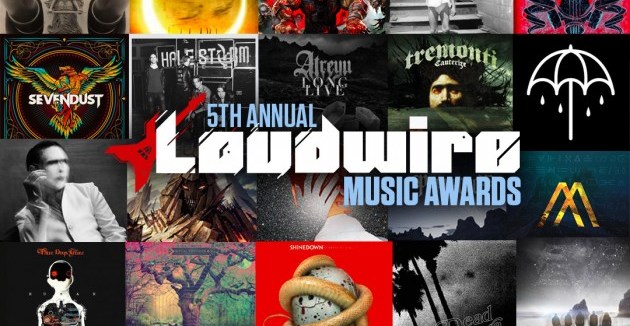 Last year’s Loudwire Music Awards winners truly deserved their awards and were a pleasure to announce. We saw Slipknot, ‘.5: The Gray Chapter’ being awarded as Best Metal Album and their ‘The Devil in I’ received Best Metal Video status, while Three Days Grace’s ‘Painkiller’ got the title Best Rock Song. The fans also welcomed Linkin Park as the Best Rock Band and Best Live Act of 2014 and placed a crown on top of Sharon den Adel’s tiara, naming Within Temptation’s frontwoman unbeatable Rock Goddess.

This year has turned out even more powerful and exciting for world rock scene, with many highly anticipated comebacks after years of silence, as Disturbed, Breaking Benjamin, Atreyu and rock veterans Faith No More got back on. 5th Loudwire Music Awards has just officially launched its voting in category Best Rock Song of 2015. You can vote once per hour for your favorite rock tune of 2015 through the deadline of Dec. 1.

Among the nominees this year are, among others:

Atreyu — ‘Do You Know Who You Are?’
Breaking Benjamin — ‘Failure’
Bring Me the Horizon — ‘Throne’
Disturbed — ‘The Vengeful One’
Faith No More — ‘Superhero’
Five Finger Death Punch — ‘Wash It All Away’
Marilyn Manson — ‘The Mephistopheles of Los Angeles’
The Offspring — ‘Coming for You’
Papa Roach — ‘Face Everything and Rise’
Shinedown — ‘Cut the Cord’
Three Days Grace — ‘Human Race’

Vote for your favorite 2015 track at this location. Leave us your comments below and stay tuned with Alterock Facebook and Twitter to never miss on the news about your favorite alternative music!