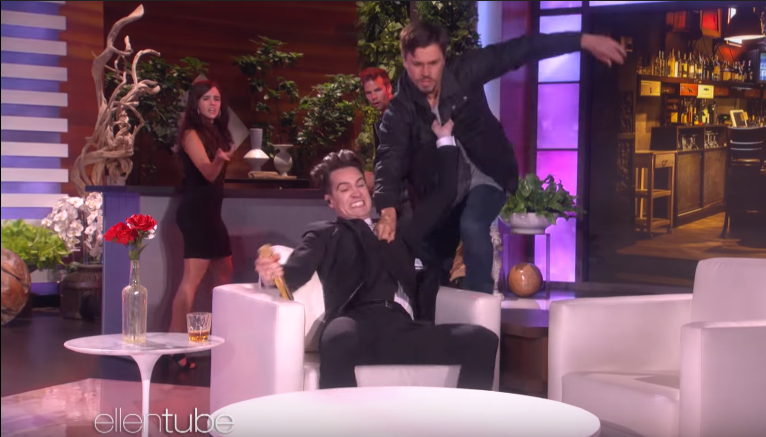 Panic! At The Disco’s performance on Ellen show looked like a professional action movie scene

Just like in the original Panic’s music video, Urie gets attacked by bad guys who aim for the Devil’s Key, and the singer is kicking their asses as if they were simply a nuisance, distracting him from more important everyday routines. Watch the video below and tell us what you think of it!

Panic! At The Disco have recently announced their new album, Pray For The Wicked, which will be released June 22, and the closer the date, the more exciting the anticipation. You can pre-order the album here.

Besides, Urie and Co. will be heading on tour in support of their new record. Be sure to check out the full list of tour dates below!

More: Panic! At The Disco share teaser of new song ‘King Of The Clouds’