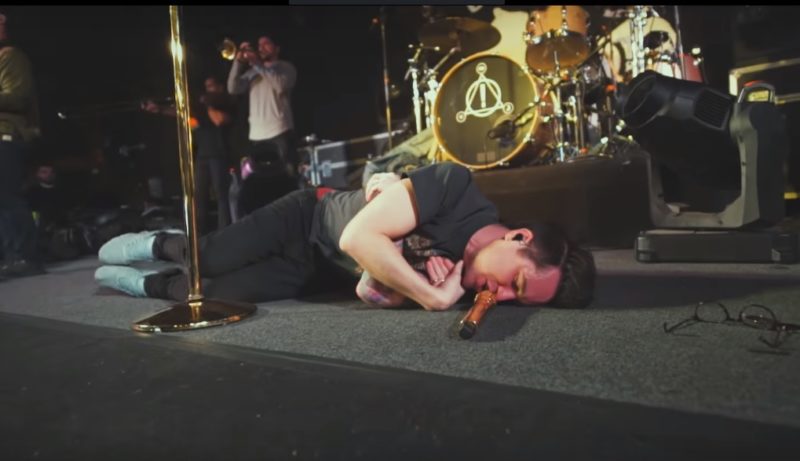 ‘King Of The Clouds’ is taken from Panic!’s upcoming new album, Pray For The Wicked

It’s only two months to go before Panic! At The Disco’s new album, Pray For The Wicked, hits music platforms. But Brendon Urie is not leaving us empty-handed until the end of June: today he shared a teaser of new song, ‘King Of The Clouds’. Give it a listen in the video below.

The teaser for ‘King Of The Clouds’ appears at the very end of Panic!’s new tour video, which we totally recommend to check out. The video is an awesome collection of tour memories from Panic!’s recent pop-up shows. You’ll get to see Brendon Urie drink shots, growl in a live performance and fly in a private jet.

To other Panic!’s news, for Death Of A Bachelor has been nominated for best rock album at The Billboard Music Awards. They’ll be competing in this category with Imagine Dragons, Linkin Park, The Man and U2.

Panic! At The Disco’s new album, Pray For The Wicked, is coming out June 22. It was inspired by Urie’s impressions from Broadway performances in musical Kinky Boots.

The band will be touring in support of the upcoming album throughout this summer. Be sure to check out the list of cities below, and grab your ticket if they’re coming somewhere close to you. Share your thoughts in the comments, and join AlteRock Facebook and Twitter to stay tuned for rock and metal news.

Watch: Brendon Urie unveils a flawless performance of ‘Soul of a Man’ on Broadway