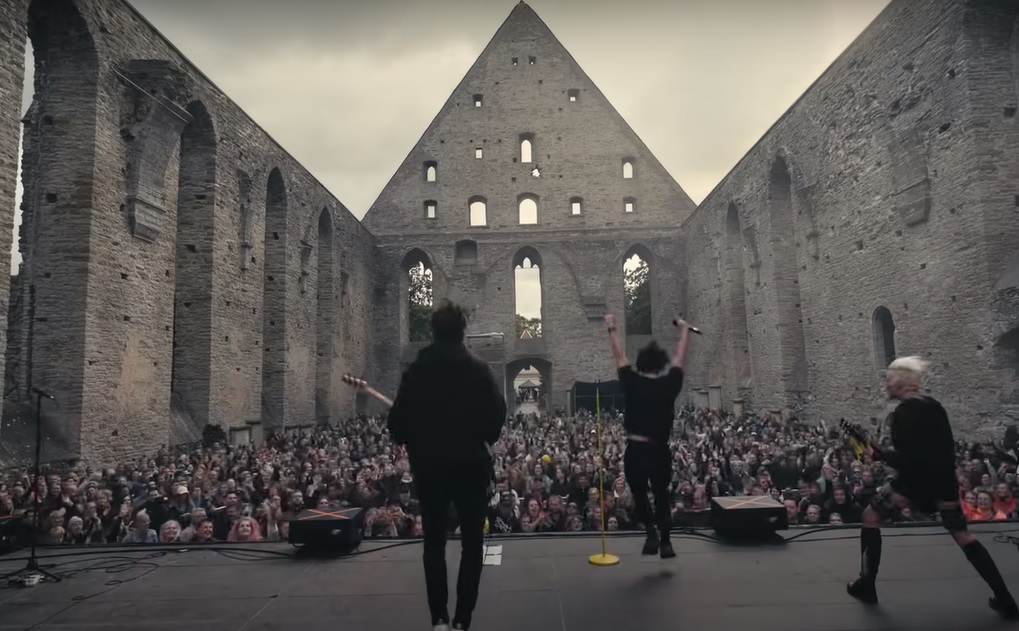 «I was really inspired by this venue,» says vocalist Lauri on choosing Pirita Convent ruins for the music video

When someone says The Rasmus’ fire within is gone, they probably haven’t heard the new single from the Finnish rock band yet. The life-affirming feeling-golden track ‘Live and Never Die’ is not old-school The Rasmus, it’s the band’s fresh 2022′ sound, bursting with energy and desire to live and create.

The idea for the location for the music video for ‘Live and Never Die’ came spontaneously, as the band was gearing up for their show in Tallinn, Estonia, on the atmospheric ruins of Pirita Convent, built in the XV century. The place used to be a monastery of St. Birgitta for monks and nuns and one of Europe’s biggest Catholic covents of that time.

The Rasmus got so inspired that not only did they record the video footage at the venue but also started writing a new song, probably, for their yet-to-come eleventh album. In the exclusive interview before the show, Lauri Ylönen told us:

«Today I’m actually very tired but I think it’s going to be the best gig in a long while, ’cause I feel so emotional […] Then we had a little break, just before this, and we got back to the hotel and I could have slept but actually I was writing a new song, ’cause I was so inspired by this soundcheck. And I used that three hours for writing a song, I was really inspired by this venue.» You can watch the full interview at this location.

‘Live and Never Die’ is featured on their new tenth studio album Rise, which came out September 23. The first single off of the new record was ‘Jezebel’, the track that won Finland’s annual UMK competition and landed The Rasmus a spot in the final of Eurovision 2022 in Turin, Italy.

Interestingly, the band decided to change the name of the record to a more optimistic one, Rise, once the pandemic started fading away:

«The album was first titled ‘Nightdivision’ due to the existing conditions of COVID separating us from each other,» the band remembers. «But after all these positive things happened, we wanted to rename the album to fit the mood better. The Rasmus have always been a mix of melancholy and hope and now, more than ever that is what we are.»

Behind the Scenes of ‘Live and Never Die’ music video: