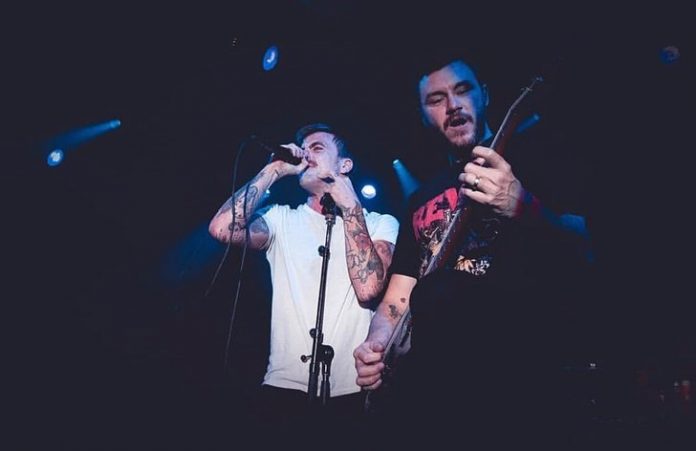 Three years have passed since 2016’s album Along The Shadow, and Saosin are finally teasing new material

Californian rockers Saosin haven’t released a new album since 2016, so it’s about time the band would hit the studio to work on new music. And that’s exactly what the band is occupied with, even though it’s festive Thanksgiving period.

Today, fans got a supershort preview of Saosin’s new material straight from the studio. Guitarist Beau Burchell gave fans an opportunity to hear some new riffs from the upcoming album via Instagram. The sound snippet is in-your-face and produces quite an aggressive impression. Hear the teaser below.

So that fans have an idea how long it takes to prepare records from top to bottom, Burchell posted a pic of the album folder from his computer. It shows a list of files with dates next to them. This way we can see that Saosin have been working on these music pieces from August till now, and of course, there is still a long way to go, according to AltPress:

“Creative juices be flowin. Feeling really good about LP4. #saosin. I’m also extremely thankful for everyone who continues to support me, saosin and my friends, letting us continue to create music and share it with you,” the Instagram post reads.

Saosin are performing two shows with Night Verses in Garden Grove, CA on December 20 and 21. The tickets are sold out for both shows, which only indicates how much their new music is anticipated. Stay tuned with us for more rock news on AlteRock Facebook and AlteRock Twitter!