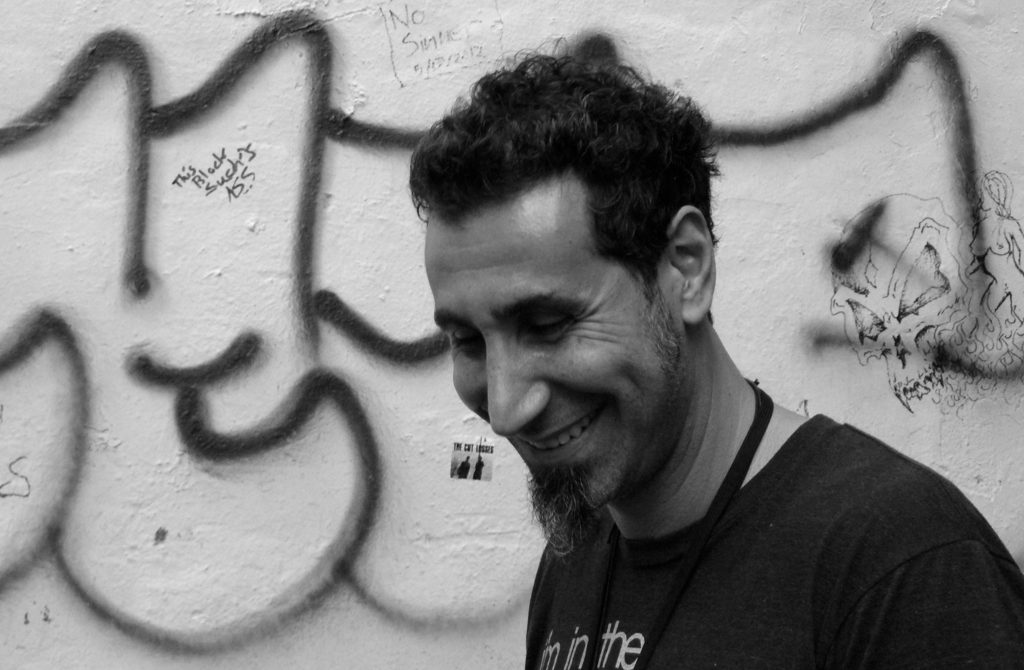 System of a Down fans had been on a “songless” diet for too long, until three months SOAD frontman released a 5-song EP, called Elasticity. Other musicians might have “dropped” their releases but not Serj Tankian! Each one of five EP songs came out with its full-fledged music video. And finally, on June 8, its last chapter, ‘How Many Times?’ came out.

This time, the master of visuals in Lord of the Rings and X-Men movies, Roger Kupelian, created a fiery, robot-filled universe for Serj Tankian’s music video, ‘How Many Times?’ It’s not the first collaboration of the two creative minds. Kupelian had previously worked on Tankian’s music videos for ‘Honking Antelope’ (Elect the Dead) and ‘Reconstructive Demonstrations’ (Imperfect Harmonies).

“It’s amazing to be working with my good friend Roger Kupelian again whose images of the two kings (The Argonath) in The Lord of the Rings are stamps in New Zealand,” comments Tankian. “He also directed ‘Honking Antelope’ and ‘Reconstructive Demonstrations’ for us years ago. Excited to share this video.”

For ‘How Many Times?’ video Kupelian created the visuals of a group of masked rebellious creatures, trying to survive in what Revolver mag called “a post-apocalyptic hellscape”. They’re riding down fiery roads, threated by dark robotic figures. It’s only at the end that our characters take off their white masks, so keep watching the 4,5-minute video till the end.

Serj is staying true to his deeply-rooted beliefs and indignation at the ignorant attitude to ongoing war and all kinds of violence. He and the other SOAD members haven’t been much on the same page recently, following Tankian’s straightforward messages in social media. In fact, the Elasticity EP was originally intended to be recorded with System of a Down:

“I definitely thought that some of these songs would have worked out for System, and the guys in System liked them and we even worked on some of them in the past”, Tankian told Heavy Consequence. “This is a number of years ago. We just, theoretically and philosophically, we couldn’t see eye to eye on a way forward, mostly creatively.”

Well, millions of fans still hope the two superpowers will reunite for something epic in the near future. And in the times of corona-ridden pandemic, what are we without hope? Watch the dramatic video below for ‘How Many Times?’ below:

If you haven’t heard the new Elasticity EP yet, give it a listen in a Spotify player below. You’re always welcome to join the AlteRock readers crew on AlteRock Facebook and AlteRock Twitter!