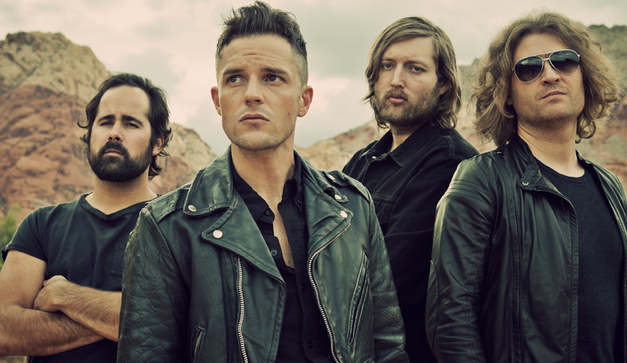 Advertisement is not something we occasionally see or hear or chose to pay attention to. For good or ill, it’s the whole world around us these days: on average, we see 247 advertising images per day, the research says. The Killers’ drummer Ronnie Vannucci has initiated a massive Twitter discussion on this issue by posting a photo of the license plate praising Idaho potatoes – “the Potatoes and the Potato Men from the home of the original Potato”, as one fan put it.

This guy gets it. I’m telling you, potatoes don’t get enough praise these days. – Ronnie pic.twitter.com/BwgWdwYG7F

Ronnie’s comment above the image reads: “This guy gets it. I’m telling you, potatoes don’t get enough praise these days.” The Killers’ fans started actively contributing to the discussion by adding images of other hilarious or promotional plates. One fan even posted a picture of a plate with the inscription “Hot Fuss”, which is, in fact, the title of one of The Killers’ albums. Would you like to have one like that? Read selected hilarious comments on “praising potatoes” left by The Killers’ fans below. Be the first to leave your comments, share the article and stay tuned with Alterock Facebook and Twitter to never miss on the news about your favorite alternative music!

@thekillers And then the French came and mutated the innocent potato by submerging it in hot grease.

@thekillers True. Mark Watney grew potatoes in Mars yet they don’t get enough praise. You got that right, Ronnie.