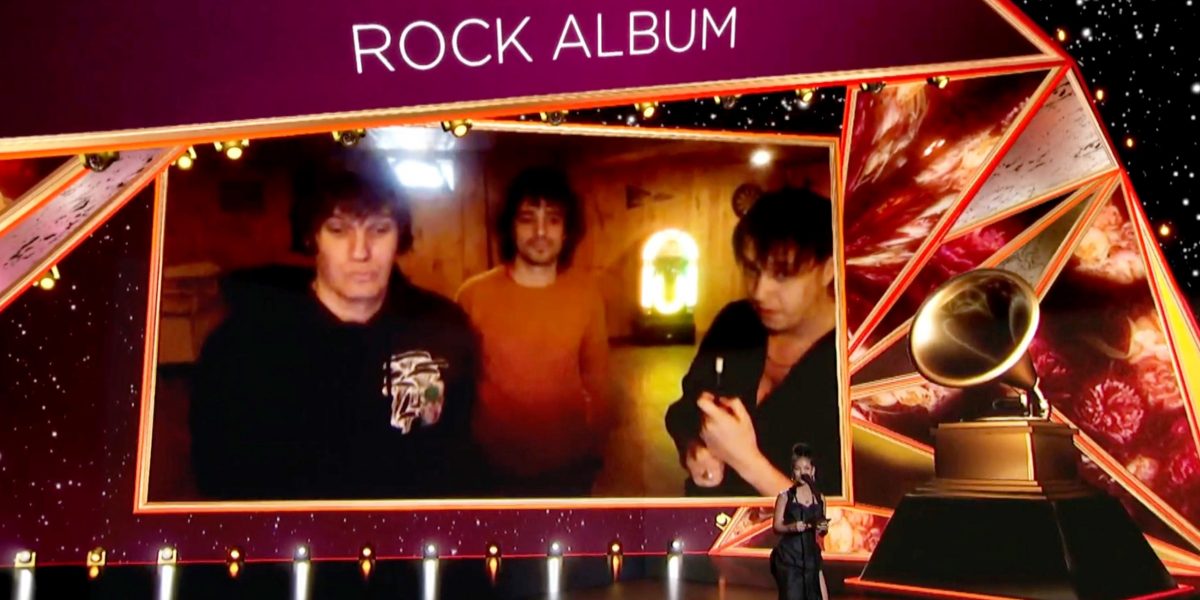 Among The Strokes competitors were Fontaines D.C., Michael Kiwanuka and more

Manhattan indie rockers The Strokes have taken home the Best Rock Album award at the 2021 Grammys for their record The New Abnormal. The band’s win was announced during the Grammy Premiere Ceremony. The rockers’ competition was serious: Fontaines D.C.’s A Hero’s Death, Michael Kiwanuka’s KIWANUKA, Grace Potter’s Daylight and Sturgill Simpson’s SOUND & FURY.

Interestingly enough, during the show there were some technical issues, which didn’t let the Strokes realize immediately that they had won the Best Rock Album. “Who won?” repeated the band, after their win had just been announced. Having received the great news on the other line, the musicians started cheering and showering each other with beer. They remembered to thank Rick Rubin, the producer of the album, their team members and family.

You can watch the Strokes’ Grammy 2021 acceptance speech below:

It’s the New York band’s first-ever Grammy statuette, celebrating the success of their album The New Abnormal. But it’s not the first time the band was associated with the Grammys. Let’s not forget that the lead singer of The Strokes, Julian Casablancas, had won Album Of The Year in 2014 as a featured artist on Daft Punk’s Random Access Memories.

The Strokes’ latest album, released last April, brought them unparalleled chart success. The New Abnormal, the nine-track record, landed at No.1 as a debut on Billboard Top Rock Albums chart. In addition, the album secured them No.1 spot on Billboard Alternative Albums. And what’s particularly amazing, all of the album songs on The New Abnormal ended up on Hot Rock Songs chart, too, according to Alternative Press.

Watch: BLIND CHANNEL interview: “If there’s only darkness, let’s have a f–ing party in that darkness”

Last October, The Strokes even made an appearance as a guest on an episode of Saturday Night Live with John Mulaney hosting. The garage rockers greeted the viewers, all masked up, to then perform ‘The Adults are Talking’ and ‘Bad Decisions’ from The New Abnormal on the popular TV show.

In other The Strokes’ news, this week the band launched new merchandise. Curiously, its theme was inspired by their baseball uniforms worn in their music video for ‘The Adults Are Talking’.

See the rest of the 2021 Grammys winners at this location and remember to write your comments below. If you still haven’t, join us on AlteRock Facebook and AlteRock Twitter!