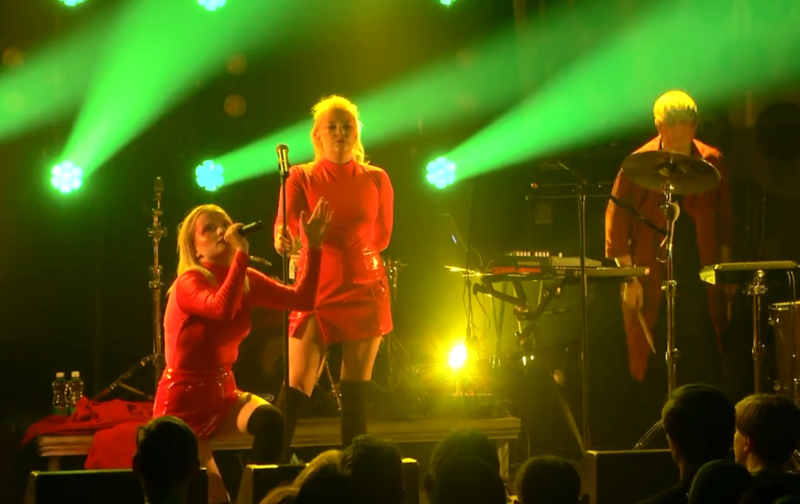 Tallinn Music Week is about giving young artists a chance to perform in front of international public, and the number of live acts “on the menu” is mindblowing. In order to catch all of them live, you would need to duplicate yourself 20 times, because that’s how many stages were hosting TMW performances. Here is a gallery of rock performances AlteRock managed to capture on April 6-7.

The festival’s metal stage mostly showcased Baltic post-black and thrash bands this time, so it was a truly heavy night. Lithuanian post-black-metal group Devlsy was slowly but surely rocking the audience with harrowing vocals and guitar-focused tunes.[huge_it_slider id=”9″]

Bright pop-punk trio The Magnettes, the t.A.T.u. of Sweden

One of the biggest rock surprises of TMW festival was Sweden’s pop-punk group The Magnettes, combining electro-pop and riot punk. Dressed up in red tops and red leather mini-skirts, the two frontwomen were running through the rows of crowd, infecting the audience with their fun, uplifting vibe. The set was crowned by a rhythmical, marching track ‘Sad Girls Club’, which brought about the association with t.A.T.u.[huge_it_slider id=”10″]