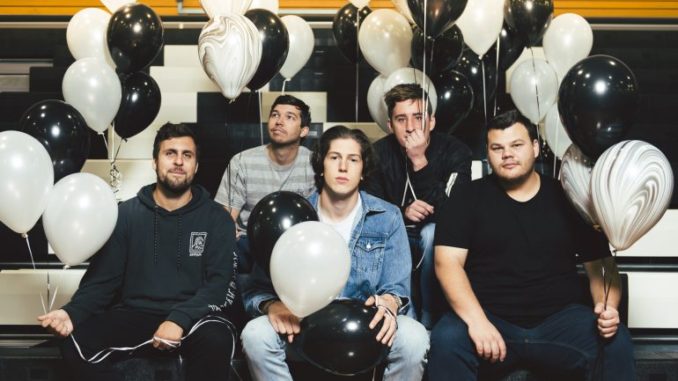 An up-and-rising Australian band Trophy Eyes is giving us the first taste of their third album, The American Dream – an arena-friendly new song, ‘More Like You.’ In the Twitter post, the band explained the dark message of the track:

[quote align=”center” color=”#COLOR_CODE”]“This song is about hating yourself so much, that your only wish in life is to be anybody else but you. Not for monetary gain, not to change your physical appearance or better your lifestyle. Simply because you can’t bare to wake up as you anymore.”[/quote]

This song is about hating yourself so much, that your only wish in life is to be anybody else but you. Not for monetary gain, not to change your physical appearance, or better your life style. Simply because you can’t bare to wake up as you anymore.

But is the whole upcoming album centered on the feeling of hating yourself and being frustrated about the way life goes? Not really. Trophy Eyes’ musicians are just getting more mature, start having families, so the record talks about leaving the past behind, changing your priorities in life and craving for some piece and quiet:

[quote align=”center” color=”#COLOR_CODE”]“This record is about my life in present time and a reflection on who I was and how I got here,” singer John Floreani says (via AlteRock). “As much of the other Trophy Eyes works have been the hate, violence, addiction and heartbreak I fought so desperately to leave behind, this record is about shedding one’s past, transitioning from boy to man, making a home and wanting nothing more in life than to sit and enjoy the silence.”[/quote]

Be sure to listen to ‘More Like You’ below:

This fall, Trophy Eyes will join Neck Deep, Stand Atlantic and WSTR on their US tour. See the tour dates in the Twitter post below.

The new album, The American Dream, is due for release August 3. Fans are welcome to pre-order the record here. See the album tracklist below.

North American fans – don’t forget we are headlining in September/October with our mates in @trophyeyesmusic @wstrband and @StandAtlantic.