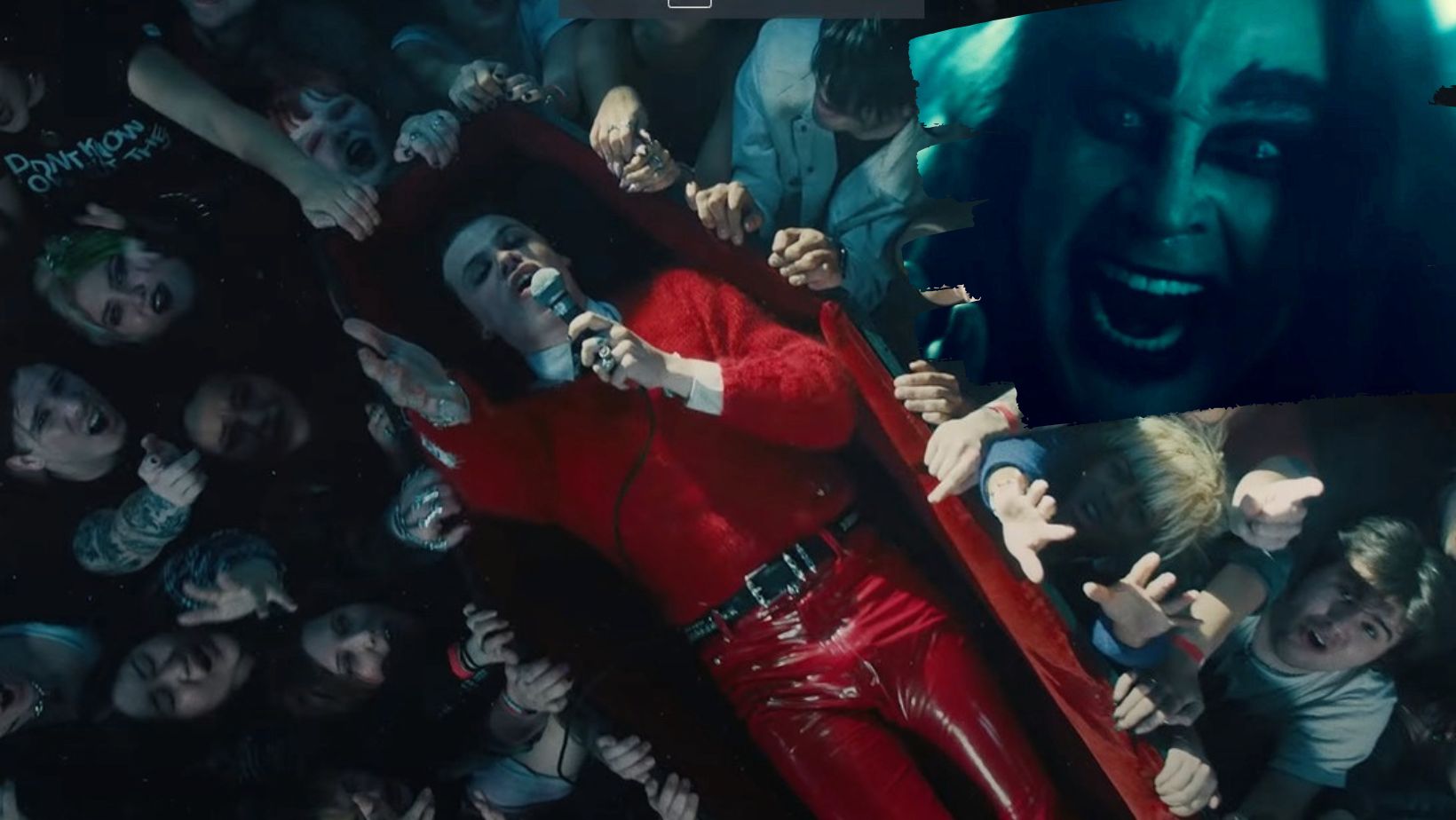 Imaginative English musician YUNGBLUD has just released the music video for ‘The Funeral’. In the macabre song, the singer is stating “We all hate ourselves” and envisions himself being run over by a car. Not just a car. Behind the steering wheel, we see Sharon Osbourne with Ozzy sitting next to her in the passenger seat.

The video opens with YUNBLUD lying in a wooden casket. Standing near the casket is Ozzy Osbourne, wondering what sort of funeral it is if there’s no one around: “Hang on. Is this a fucking funeral? Where the fuck is everybody?”

It’s obviously a stretch to take each word of the song literally but the lyrics seem sincere and self-critical, just like we know Dominic Harrison (YUNGBLUD) to be:

But don’t take YUNGBLUD for a moody, eternally depressed person. Presenting the track on social media, he and Ozzy looked more than delighted. Ozzy posted his picture with YUNGBLUD on his Instagram account with the line: “I just did a guest appearance in Yungblud’s new music video… Fucking great song!”

Be sure to watch YUNGBLUD’s latest music video for ‘The Funeral’ below! Stay tuned with us on AlteRock Facebook and AlteRock Twitter!