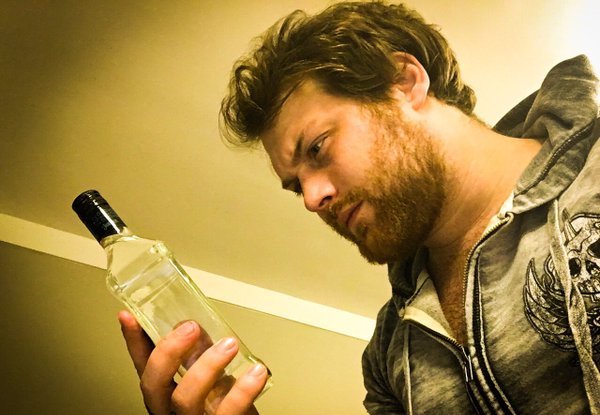 Asking Alexandria’s ex-singer Danny Worsnop has tweeted an “eternal question”: to drink or not to drink

The fans’ “votes” are almost unanimously recommending Danny to drink it, but we doubt the singer actually looked through any of the comments to the picture. What none of his fans doubts though is that by the time they wrote their comment, Danny had most probably already downed the bottle.

@dannyworsnop why would you even think twice about drinking tequila !?! Shame on you