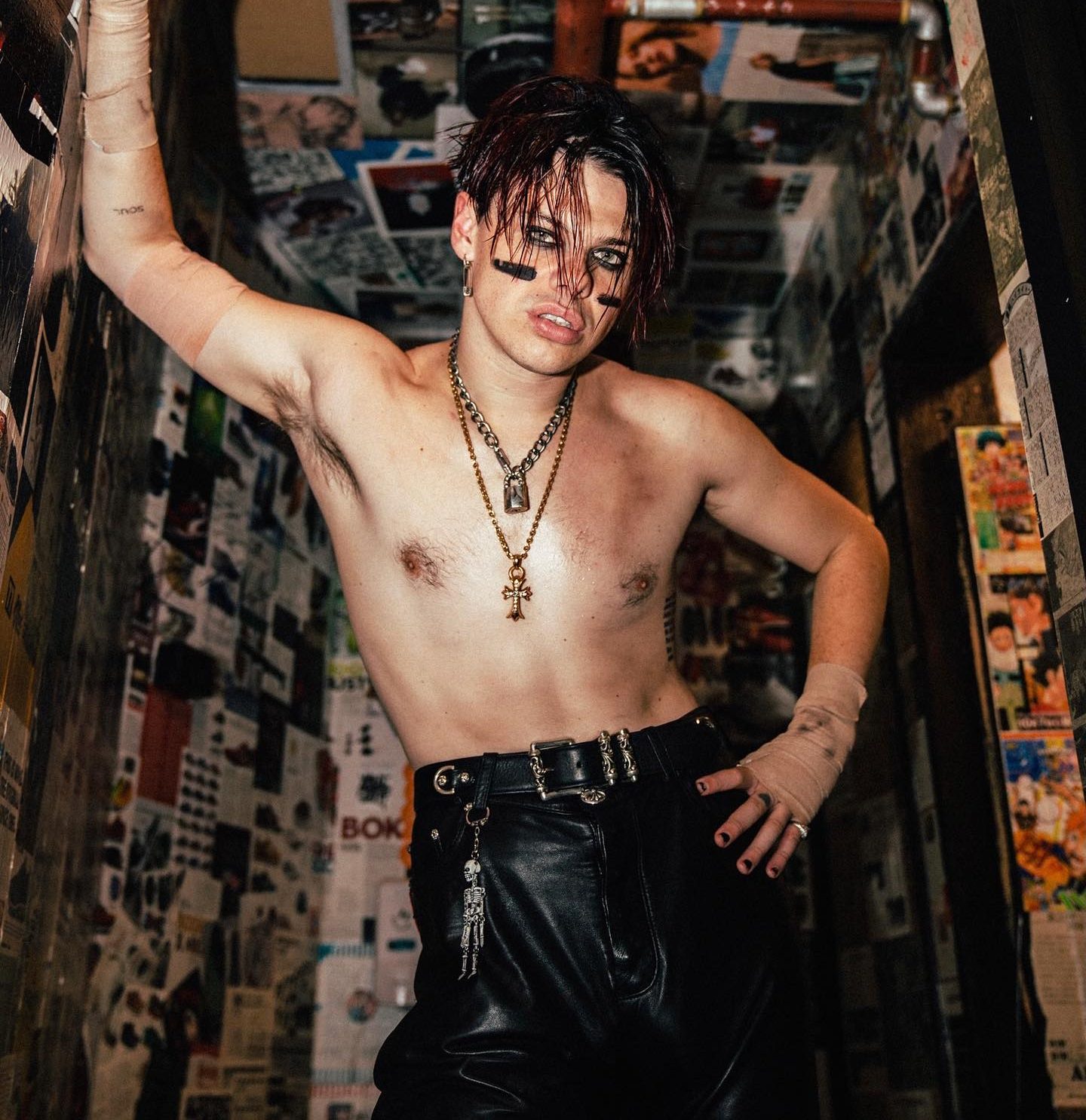 YUNGBLUD has dropped a new track, ‘The Emperor’, which he calls “a burst of unfiltered energy”. The British musician says the song has a long history. In fact, it was written when YUNGBLUD was seventeen, got played live for several years but formed into a single only now. Be sure to listen to the superactive track below!

‘The Emperor’ is a mix of various emotions. It’s got light, smooth pop-punk verses, which are then followed by almost hysterical cries “Are you the emperor?!”. The track will be featured on YUNGBLUD’s upcoming self-titled studio album, coming out via Locomotion/Geffen Records. The album also includes previously released tracks ‘The Funeral,’ ‘Don’t Feel Like Feeling Sad Today’ and ‘Memories Ft. Sauce.’

‘The Emperor’ hadn’t even been released yet when it got a high honor in the U.S. The track was chosen as the official anthem of 2022 for ESPN College Football Season. Among the artists selected for ESPN earlier are Imagine dragons (‘Natural’), Juice WRLD (‘Come and Go’) and Thirty seconds to Mars (‘Walk on Water’).

“It is a great honor to have my song The Emperor chosen as ESPN’s anthem of the college football season,” comments YUNGBLUD. “I wrote this song when I was seventeen, it was just a burst of unfiltered energy that I knew would one day have its moment. I played it live for years but never found the right time to release it until now. College football is such a big part of American culture and all I want to do is bring energy to the people so I can’t wait for the song to bring that energy to the fans and to the players at games all season long. season”.

YUNGBLUD is currently enjoying a couple of weeks off, having just finished a sold-out Life On Mars Tour Australia + NZ. Next on his tour agenda there are four shows in various corners of France, kicking off on August 14 in Landerneau. These will be followed by massive tour legs in North America and Europe under the modest title INTERNATIONAL AS FUCK tour.

Have you managed to snatch your ticket to one of the upcoming shows? Don’t miss out on the news about your favorite rock bands – join us on AlteRock Facebook and AlteRock Twitter!