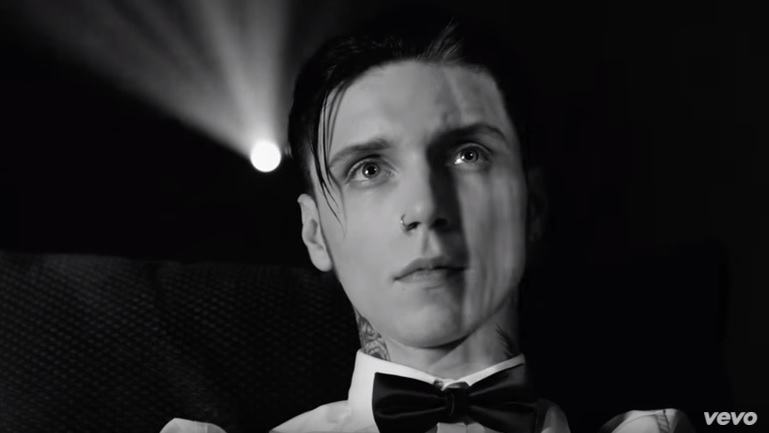 Andy Black’s debut album The Shadow Side is due for release May 6, and pre-orders are already available now. It is a dark yet light alternative record. “The songs are pop rock, fun songs. You know there’s certainly a kind of an element to the ’80s in there with Depeche Mode and Sisters of Mercy and that kind of thing,” says Biersack. “We were joking the other day that it’s goth Springsteen.” The guests on the new record are My Chemical Romance‘s Gerard Way, All Time Low‘s Rian Dawson, The Used‘s Quinn Allman, 5 Seconds to Summer’s Ashton Irwin and Less Than Jake’s JR Wasilewski.

Recently, the tour dates for Black’s first tour have been announced. First, the tour will run in the UK from May 10 through May 20, with the final show in London. Punk band Creeper will serve as support at UK shows. Then Biersack will fly back to the US for an extensive tour leg booked into early September. You can check out the full list of upcoming Andy Black tour dates and locations below.