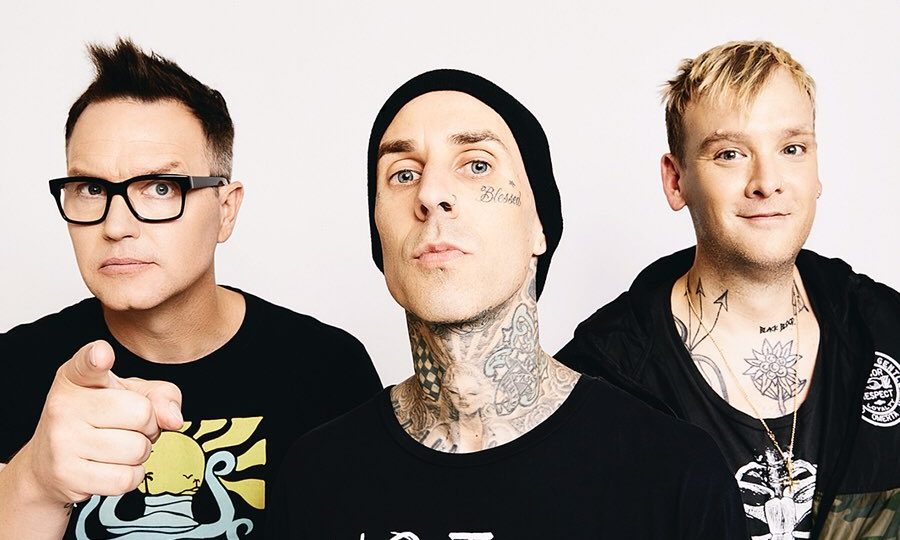 Now that the live collab is out, the official release might be on its way, too

The Chainsmokers and blink-182 started collaborating on a new song back in January, and fans of both bands got excited to hear it… and then nothing followed, and the collab got almost forgotten. Last night, all of a sudden, blink-182 joined the Chainsmokers during the duo’s set in Los Angeles to perform the long-awaited collab. It’s happening!

The Chainsmokers were playing a show at The Forum for the World War Joy tour, when they invited blink-182 musicians onto the stage. Blink tweeted the video footage of the collab and added the caption “P.S I Hope You’re Happy.” And it’s not just a caption, it’s the name of the new song!

Mark Hoppus later reposted it, adding on his part: “It’s true.” Hoppus continued with a tweet, which has been removed later on:

“We’ve been friends with them for a few years and have tried to collaborate a bunch of different times, but today our schedules aligned and we were all in the same room at the same time.” (via Alternative Press).

‘P.S I Hope You’re Happy’ hasn’t been released officially yet. But now that the footage of the performance is out and travelling the web, both groups might an release in the near future. Hopefully, not another 10 months.

To other news on blink-182, the band’s loyal fans made an awesome LEGO makeover of their ‘First Date’ music video. It closely copies every scene with LEGO blink characters, and the likeness of the whole video is jaw-dropping. Be sure to see it below and share your thoughts on AlteRock Facebook and AlteRock Twitter!