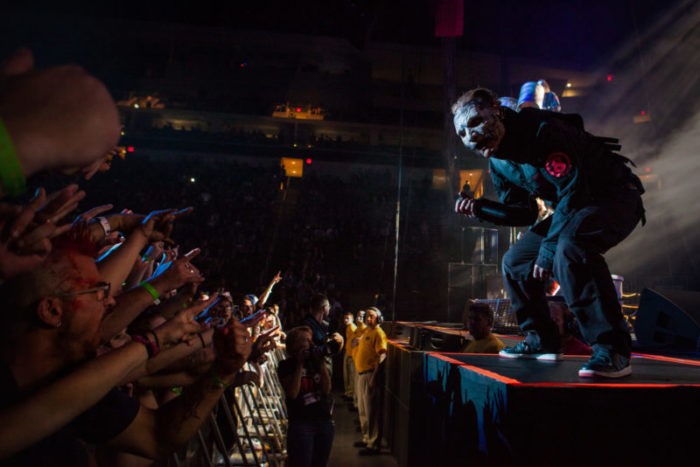 [quote align=”center” color=”#COLOR_CODE”]“Some of these lyrics are, to me, some of the best I’ve ever written,” he says. “It’s probably the most I’ve shared in years.”[/quote]

[quote align=”center” color=”#COLOR_CODE”]“It’s been a heavy couple of years for me personally” Taylor admits. “So I’m working out some things, personally for myself, which has been great. I’ve been able to grab a hold of some of the depression that I’ve been fighting and formulate the way that I want to describe it.”[/quote]

[quote align=”center” color=”#COLOR_CODE”]“Hearing some of the guys in Slipknot read and react to some of the lyrics that I’ve been writing has been fantastic,” he says. “I know Clown was like, just blown away by how open and raw it all felt. It felt like the old days. It felt like the beginning.”[/quote]

Speaking of possible inspiration for new lyrics, Sliknot singer has recently revealed one reason he’s “happy after being lost for so long”. Taylor has gone public with his relationship with a dancer and singer Alicia Dove, who is part of a dance group Cherry Bombs. Half a year ago the frontman unveiled that he and his wife had been separated for almost a year. He’s now involved in a new and very happy relationship.