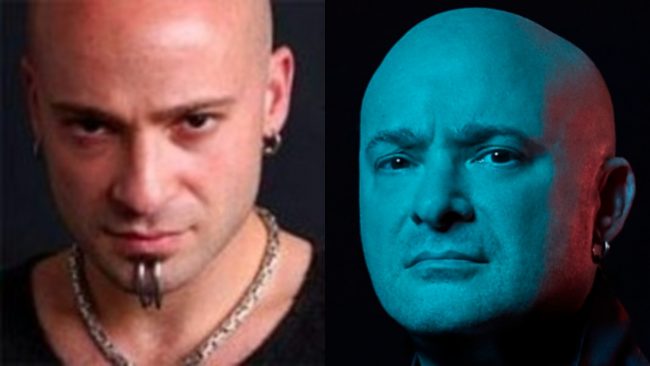 David Draiman of Disturbed is not wearing his facial danglers anymore, and here is why

Can you imagine Marilyn Manson without his contact lenses? Korn singer Jonathan Davis without his signature microphone on stage? Disturbed frontman David Draiman without his chin danglers? Well, in case you haven’t noticed, Draiman has removed his recognizable double labret piercings. And fans want to know why.

Disturbed vocalist had these two metal danglers since the band’s huge success in 2000, and we’ve always wondered how uncomfortable it must be always wearing them. Now we know. “They’re kind of a pain in the butt, to be honest,” the singer admitted, laughing, in an interview with Deutsche Welle, reported on by Loudwire.

But, of course, not just the discomfort factor was in play. Draiman simply felt he has grown out of this. What might have been a fashion stereotype of punk and metal clothing would look out of place today:

[quote align=”center” color=”#COLOR_CODE”]“It just felt kind of weird walking around like a 45-year-old Hot Topic kid,” says the frontman of Disturbed. “I just felt it was time.”[/quote]

More: David Draiman talks ‘Fire it Up’ and shares opinion on marijuana legalization

Disturbed are readying to release their seventh studio album, Evolution, on Friday, October 19. We’ve already heard three new songs from it: ‘Are You Ready,’ ‘A Reason to Fight’ and ‘The Best Ones Lie’, which you can check out below.

The band has recently announced the locations of their upcoming Evolution Tour 2019, but the dates haven’t been posted yet.