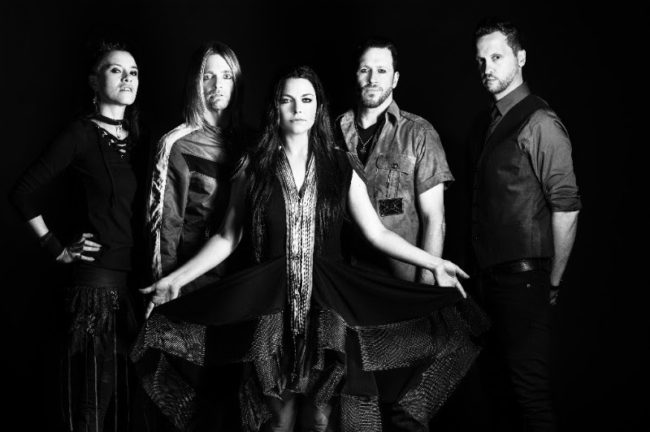 The band’s fourth studio album, Synthesis, will be released this fall

Time to celebrate, Evanescence fans! In addition to announcing their new studio album, Synthesis, Evanescence will be hitting the road this fall for a really extensive tour! You’ll get to catch Amy Lee and co. live on their upcoming Synthesis Live tour in support of their new record. Check out if they are coming to your city in the list of tour dates below!

More: Hear AMY LEE’s heartfelt song ‘Speak to Me’ recorded for thriller Voice From the Stone

The musicians are currently giving the final touch to their upcoming record, which will feature rebuilt versions of some of the band’s famous songs along with a couple of brand new tracks. You might be wondering: “So what is there to go and see live if they’ll be playing the same old songs?”. Well, first of all, on tour Evanescence will be playing reimagined versions of their top hits, with the accent on the full orchestra and electronics accompanying the rock show.

[quote align=”center” color=”#COLOR_CODE”]”This is a total passion project for me. There are so many layers in our music, underneath the huge drums and guitars,” Amy Lee says. “I’ve always wanted to shine a light on some of the gorgeous David Campbell arrangements and programming elements in our songs, and that idea snowballed into completely re-doing them with full orchestra, not just strings, elaborate programming and experimentation.”[/quote]

[quote align=”center” color=”#COLOR_CODE”]“This will be our first time touring with orchestra and I’m so excited to perform this way-really focus on the vocals, and the emotion and the story we’ve built over the years. I’m also really excited about the new material on the album. Besides the two new songs, there are some really beautiful instrumental in-between moments. The whole thing flows like a big, dynamic soundtrack.”[/quote]

Fan and VIP tickets will go on sale tomorrow, whereas general sale is scheduled for Friday, August 18. Every sold ticket to an Evanescence show gives its holder the download of the new album, Synthesis, upon its official release. One of the reimagined tracks, the new music interpretation of ‘Bring Me To Life,’ which will be available for download for ticket holders this Friday.