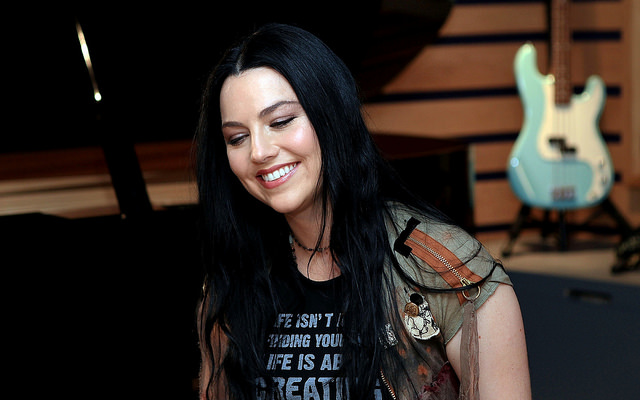 This is something an Evanescence fan just can’t miss: Amy Lee has finally shared her highly anticipated, touching song ‘Speak to Me’ for the upcoming thriller Voice From the Stone. Give it a listen right now:

If you happen to see the film, you’ll hear ‘Speak to Me’ during the film credits. The Evanescence frontwoman had a unique chance to record the song at the exclusive Skywalker Ranch, owned by Star Wars director George Lucas. Watch the trailer below and get even more excited to see the movie this April:

The emotional track is written by Amy Lee and Michael Wandmacher. About a year ago, in April, Lee posted studio footage of her singing the song while playing the piano. If you haven’t seen it, check it out below.

Voice from the Stone is the story, set in the 1950s in Tuscany, Italy, where Verena, a brave and patient nurse is trying to help a young boy speak again. The boy hasn’t said a word since the sudden passing of his mother, but there’s more to it than meets the eye.

The movie Voice From the Stone is coming out April 28. Directed by Eric D. Howell, the picture stars Game of Thrones star Emilia Clarke. Originally, Maggie Gyllenhaal got the lead role, but the movie was stuck in development for a while, so the part was given to Clarke.

Tell us what you think about the new track ‘Speak To Me’ in the comments below and share the article! Have you joined AlteRock Facebook and Twitter yet? Be sure to do so and stay tuned for rock news.