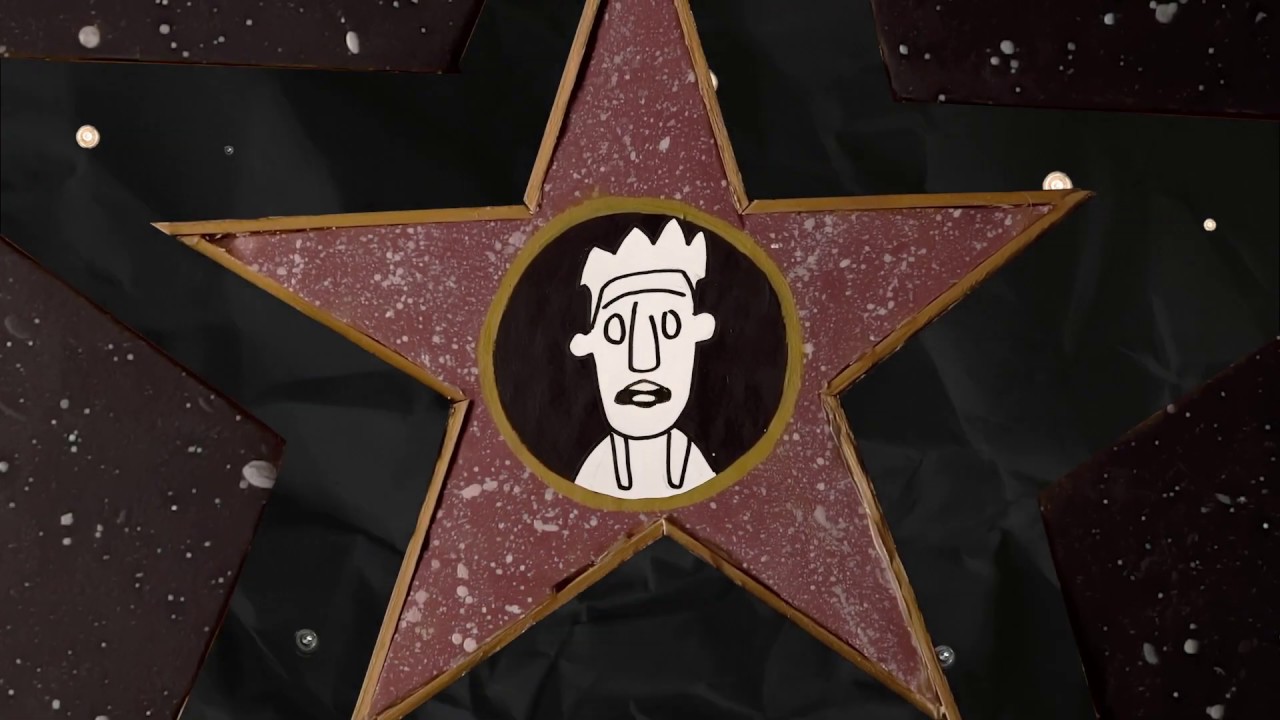 And Frankie is absolutely adorable, wishing he was famous like Fall Out Boy to win the girl’s heart

Until recently, Fall Out Boy’s signature character was the puppet llama. From ‘Young & Menace’ to ‘The Last Of The Real Ones’, almost no recent FOB video did without fluffy llamas. But today, the band introduced a new animated character, Frankie, a man who is hopelessly in love. Watch the new video for song ‘Bob Dylan’ below!

Fall Out Boy’s new music video for ‘Bob Dylan’ is a full-fledged story of a young man, who daydreams at home, thinking: “I wish I was famous. Maybe she’d like me.” In his dreams, he plays shows like FOB, appears on the magazine covers and gets his own star on the Hollywood Walk of Fame.

The visual story goes nip/tuck with the song lyrics, whose character wants to be loved like Bob Dylan and buried next to Johnny Cash:

The members of Fall Out Boy aren’t appearing in the music video. However, there are a couple Pete Wentz cameos if you look closely, as Billboard pointed out.

As for ‘Bob Dylan’ and how it came to be, Billboard reports that the song was originally a b-side for the album American Beauty/American Psycho. And it certainly feels like FOB of American-Beauty-era.

The band took to Twitter to present the new video, mentioning the new cartoon character Frankie. The clip was directed, animated, and produced by Lewie & Noah Kloster. Is Frankie the new character that will last and end up in the band’s future videos, like llamas did before?

It might be. Especially considering that Furry Puppet Studio Inc., which created the puppet llamas for the band, sued Fall Out Boy for overusing the llamas in various forms, including the band’s videos and marketing campaign for the record Mania.

Fall Out Boy are heading on tour with Green Day and Weezer next summer (the Hella Mega tour), and tickets are available at this location.

Did you get like FOB’s llamas? Do you think the band should give up on their signature pets and elaborate on Frankie’s background and the continuation of the romantic story? Tell us on AlteRock Facebook and AlteRock Twitter!