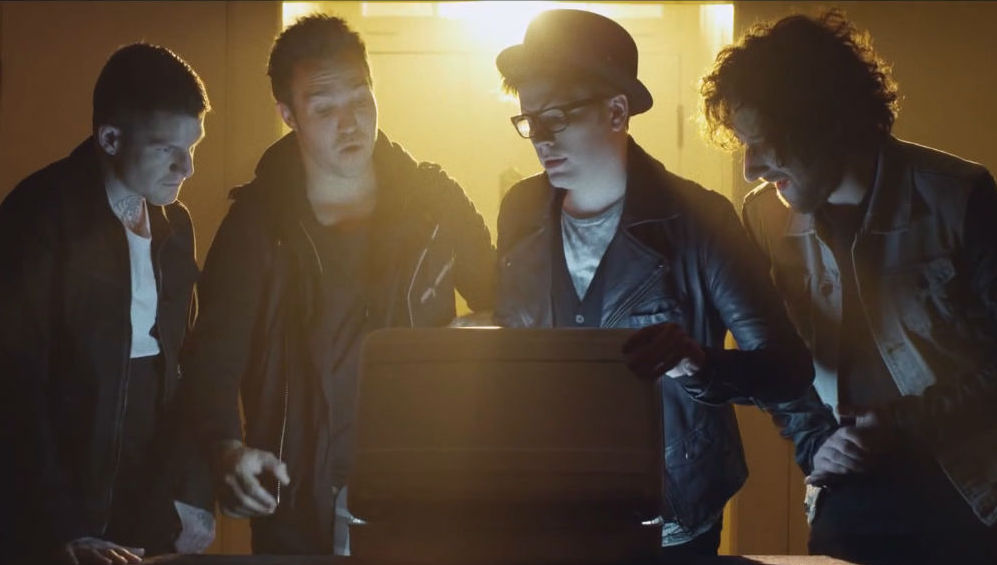 Fall Out Boy bassist Pete Wentz has shared some details of the band’s Bloom project via Snapchat. The project consists of a short film, “a show that we’ve never performed before”, as Wentz puts it, and special merchandise.

[quote align=”center” color=”#COLOR_CODE”]Pete Wentz on Bloom’s uplifting message: “The hard shit that you go through doesn’t have to break you. It can carve you and you can create something beautiful from that.”[/quote]

The band came up with this idea during their recent Wintour tour. “We wanted to do something that was kind of compelling and experiential where there was stuff to wear and stuff to look at and stuff to experience, but most importantly I wanted to tell a narrative that sometimes the hard shit you go through makes you stronger, it carves you into somebody stronger,” explains Wentz.

“You guys inspire us and so we wanted to do something that was inspiring and uplifting and hopefully resonates. I hit up my friend Bobby from Hundreds, and he came up with the idea for the short film, which we are also going to release on the internet.”

The live show within the Bloom project promises to be one of a kind. “We designed a show that we’ve never performed before, hopefully something that maybe you haven’t seen before too,” intrigues the bassist.

Watch the full Snapchat video with Wentz below. Share your thoughts in the comments, and join Alterock Facebook and Twitter to stay tuned for rock and metal news.