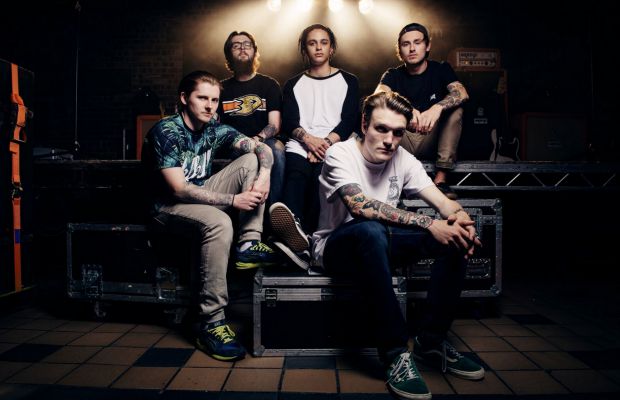 Energetic rockers from Wales, Neck Deep, have recently performed an acoustic cover of Fall Out Boy’s melodic track ‘Grand Theft Autumn’ during the Alternative Press Tour. ‘Grand Theft Autumn’ is featured on FOB’s debut album, Take This To Your Grave. In the video below, you can check out Neck Deep’s performance, which definitely adds a new touch to FOB’s classic.

More: Watch NECK DEEP show their bold punk side in the music video for ‘Gold Steps’

In case you’ve missed it, a couple of weeks ago Neck Deep launched quite a creepy music video for their song ‘Serpents’. It is a performance/animation video for the third single from their sophomore effort, Life’s Not Out To Get You, released in August 2015 via Hopeless Records. Watch the ‘Serpents’ music video below.

Neck Deep are currently rocking a co-headlining AP Tour with State Champs. Check out the upcoming tour dates routing below to catch the band live this spring/summer.

Give Neck Deep’s cover performance a listen below. Do you prefer Ben Barlow’s vocals or original Patrick Stump’s vocals in the song and why? Share your thoughts in the comments, and join Alterock Facebook and Twitter to stay tuned for rock and metal news.