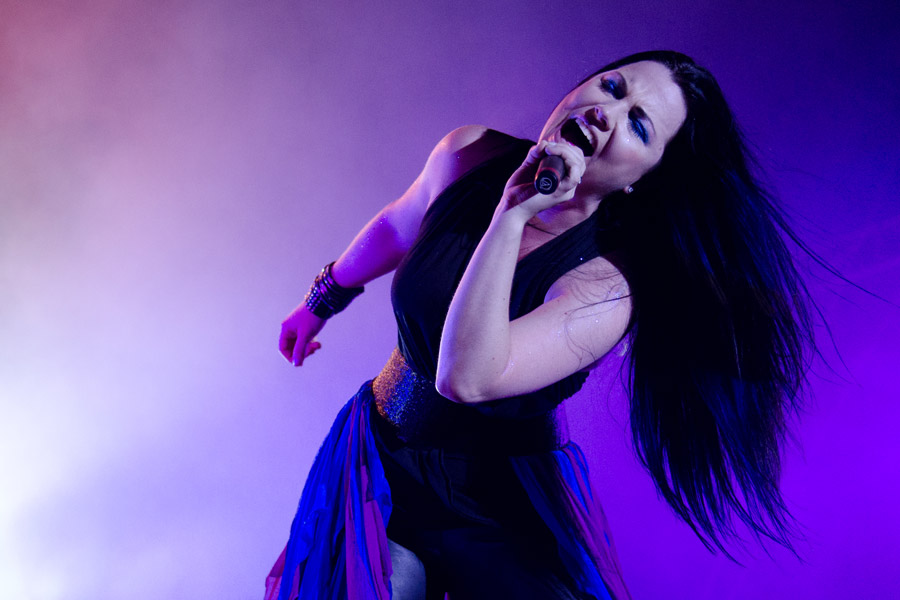 “Don’t you speak for me!” screams Amy Lee on the new Evanescence track, ‘Use My Voice‘, officially released last Friday. To make the song stand out, the band invited contemporary rock and metal goddesses – the most unique and influential female vocalists from all over the world.

‘Use My Voice’ celebrates the power to speak out, stand your ground and promote world justice, according to Lee. For this powerful collaboration, Evanescence invited Within Temptation‘s gem Sharon den Adel, with whom they will be touring in 2021, as well as the Pretty Reckless‘ charismatic Taylor Momsen and Halestorm‘s fiery Lzzy Hale. And that’s not it.

The melodic collaboration had been teased since August 11 and the statement read:

“One of the most exciting parts of making our new song was getting a little help from our friends. A very special thank you to all the incredible women who lent their voices to create the tidal wave of girl power on #UseMyVoice @officiallzzyhale, @deenajakoub, @lindseystirling, @taylormomsen, @wtofficial, @madamedoubletap, my two beautiful sisters @goodstorylori and Carrie South and of course our own @jen_majura!”

More: EVANESCENCE “emerge from the ashes to come together” in new music video for ‘The Chain’

Evanescence have started this week with a serious statement questioning the double standards of women in rock.

“This is an era of awakening, and full of powerful beauty,” proclaimed Lee. “I hope to inspire others to seek truth, find their own voices, and use them as I step up to use mine. Don’t let anybody speak for you. Only you can do that.”

‘Use My Voice’ fits perfectly into Evanescence’s HeadCount USA campaign promoting voter registration. In the meantime, fans are all in wait to hear more new music off Evanescence’s upcoming new album. The Bitter Truth is supposedly coming out track by track till the end of 2020.