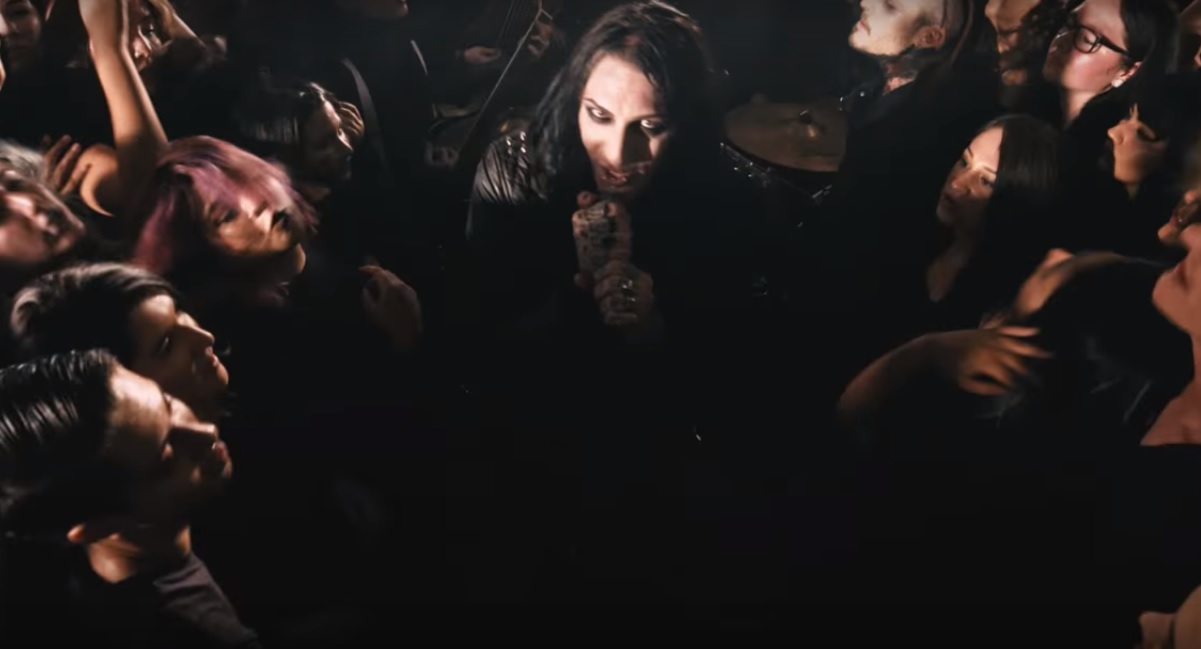 Modesty is the direct way to obscurity, obviously thought Motionless In White when choosing what the video for their new single ‘570’ should be like. So they just brought a few dozens of their fervent fans to shoot a performance video with the band’s frontman surrouded by stoked fans, screaming, headbanging and signing along.

The energy of the music video and the proximity of Chris Motionless to the camera screen is so infectious that you start feeling as if you’re a part of the crowd yourself, moshing around the singer. Chris’s expression and delivery inject the song with even bigger drive than the audio track.

It’s not confirmed by the band yet whether ‘570’ will be featured on MIW’s follow-up to 2014’s album Reincarnate, but the very fact that the band recently inked a contract with Roadrunner Records makes us believe the track will land on the new LP. The ferocious outfit is working on their fourth studio album, set for release early next year.

MIW are currently out on Warped Tour in the US. From there, the band will hit the road again – with the guys from Korn and Breaking Benjamin the band will rock the venues on their joint Nocturnal Underground Tour, running from September 27 through mid-October. Check out where you can catch them in the list of tour dates below.