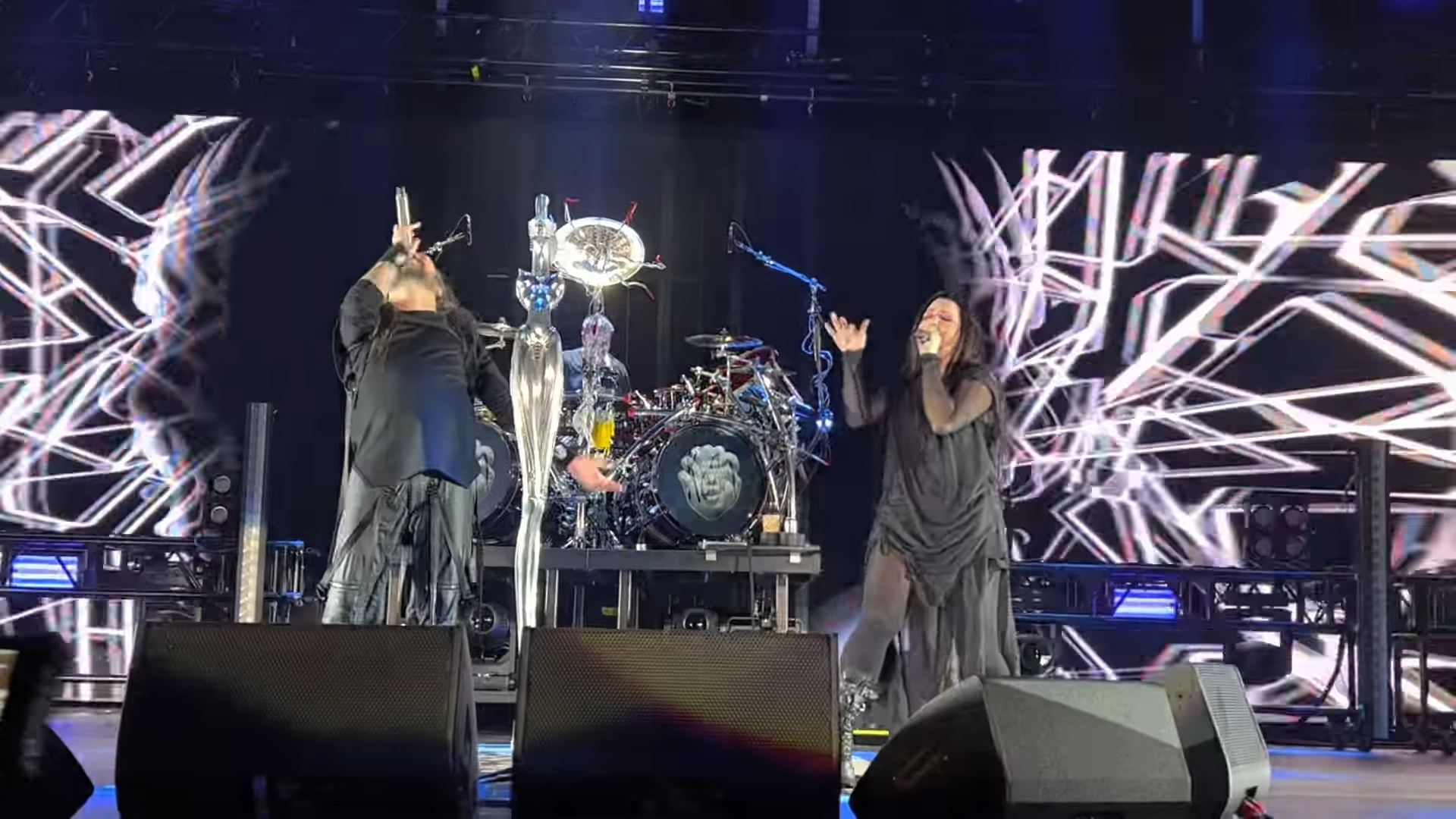 Both Korn and Evanescence’s fans couldn’t be more delighted when for the final song in Korn’s setlist ‘Freak on a Leash’ Amy Lee joined Jonathan Davis on stage for an atmospheric joint performance.

On August 16 Korn and Evanescence played the first night of their co-headlining tour. The first audience to witness the vocalists’ duo on stage was that of Ball Arena in Denver, Colorado. Korn were rounding off their 16-track set with the all-time-favorite ‘Freak on a Leash’ when the crowd heard a woman’s voice echoing Davis’s lines from the side of the stage. Soon, Lee came out on stage, to the loud cheering of Denver fans.

Evanescence’s singer stayed with Davis for two verses and choruses. She left the stage just before the scat part of the song (as there isn’t much for her to sing along to). As Loudwire pointed out, both Davis and Lee had similar loose outfits in various shades of grey and black. With prevailing dark colors and laid-back manner of singing, the performance brought back good old ‘Queen of the Damned’ vibes.

This is not the first time Korn and Amy Lee joined forces to sing the iconic track together. Evanescence and Korn vocalists had previously appeared on ‘MTV Unplugged‘ 2006, delivering a heartfelt acoustic version of ‘Freak On A Leash’, which became many fans’ favorite.

Korn’s live set in Denver also included two songs from their latest album, Requiem, as well as a the first live performance of 2019’s ‘Idiosyncrasy’ (The Nothing). The co-headlining U.S. tour of the two powerhouses will run through September 16. Go here for the tickets and watch the reinvented ‘Freak on a Leash’ with Amy Lee below: