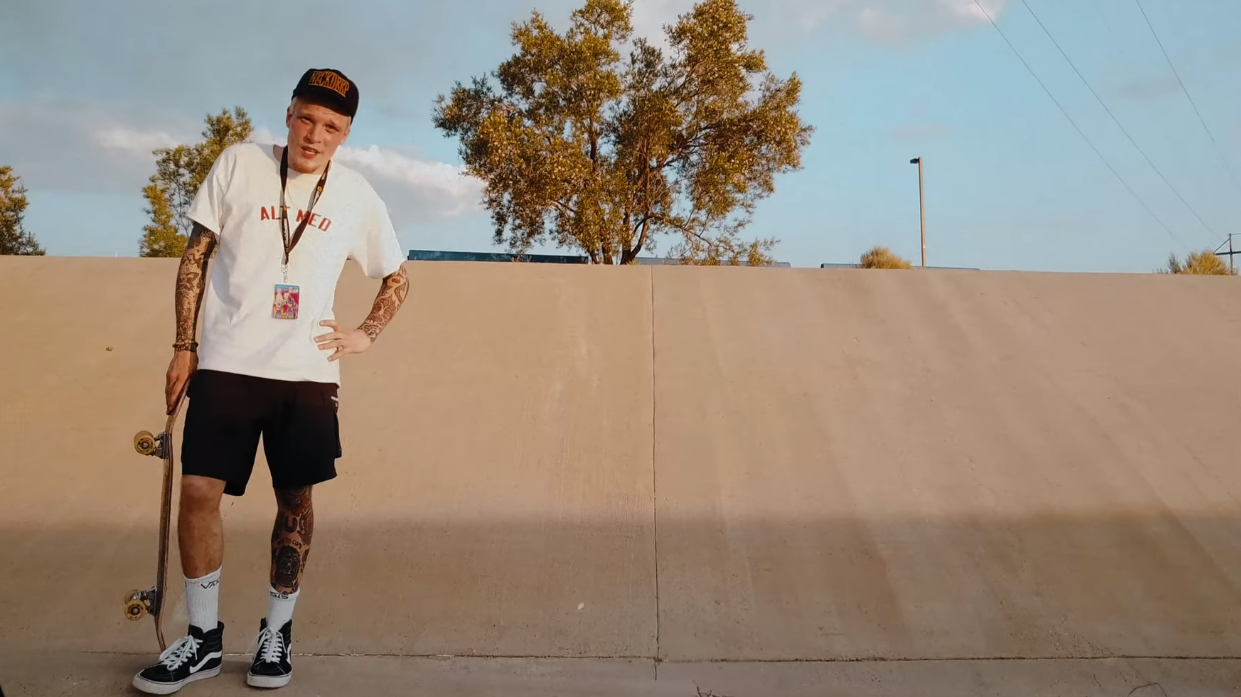 The band tells the story of “excess, release and escape” in the new song

Neck Deep are unveiling tracks of their concept album All Distortions Are Intentional, which is out in July. Today, the punk-rockers have released a new song, ‘Fall’, along with its music video, filled with skateboards, tries, falls, accidents and, eventually, success.

Conceptually though, according to Neck Deep, ‘Fall’ is part of their fictional emotional world Sonderland, where its characters Jett and Alice meet for the first time:

“This song paints a point in which Jett meets his new-found love, Alice for the first time,” says singer Ben Barlow. “A wild night where love blossoms in the midst of excess and escapism, from the come up to the come down and the realities both of those things bring. It sets us up for a love story full of ups, downs, discoveries and epiphanies.”

Barlow explains that the idea behind ‘Fall’ is trying to escape from reality and the pressure of everyday world.

“‘Fall’ is a song about excess, release and escape,” he says. “Although not a healthy coping mechanism, we can all relate to turning to substances and social situations to liberate us from the internal struggles of life.”

More: NECK DEEP cancel show: “Security fucked it, there was a fight, show’s over”

Watch the new video below. By the way, the artwork for ‘Fall’ was created by the band’s own Matt West.

Neck Deep announced their new album, All Distortions Are Intentional, and its first single, ‘Lowlife’, back in February. The fictional land of Sonderland that the songs revolve around is a combination of “Wonderland” and a rare word “sonder” – the sudden realization that everyone you see, everyone who passes you by has their own complex life, emotions and feelings.

“It’s that strange existential realization that you are not the entire world,” the vocalist explains. “Everyone around you feels and lives the same way that you do. You’re just an extra in their story.”

The new album, All Distortions Are Intentional, will hit the stores July 24 via Hopeless Records, following 2017’s LP The Peace And The Panic.