Shinedown have just left the stage of A2 Club in Russia’s cultural capital St. Petersburg, and their fans caught them by surprise (and it’s not easy to impress non-stop-touring rockers) – they made four chocolate bars with the band members’ pictures, one for each of the musicians.

The band’s today’s post from St. Petersburg via Twitter/Instagram reads, “We’ve never tasted so good … Thanks Russia for immortalizing us in Chocolate”. In fact, it’s not only about making Shinedown chocolate bars but also about the creativity behind the whole “project”.

Check out the tweet and the photo below, so you get what we’re talking about. Be the first to leave your comments, share the article, and stay tuned with Alterock Facebook and Twitter to never miss on the news about your favorite alternative music!

We’ve never tasted so good … Thanks Russia for immortalizing us in Chocolate @ Saint… https://t.co/8VWeFMKGEN 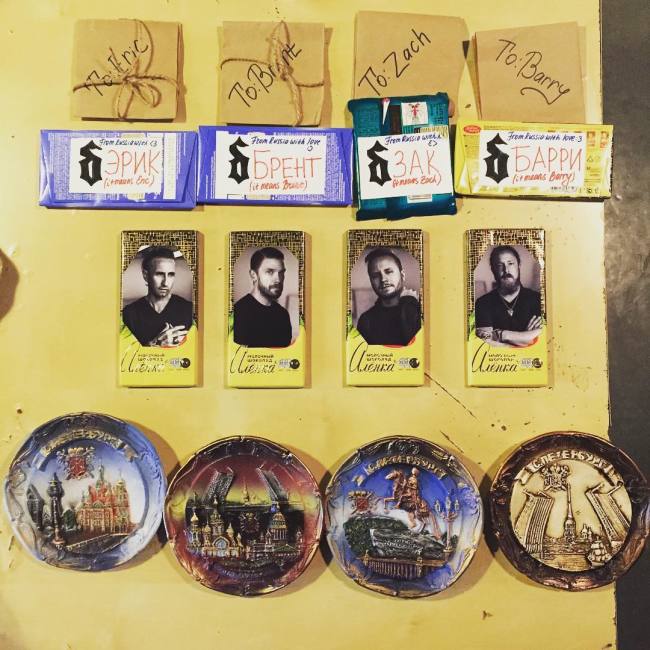