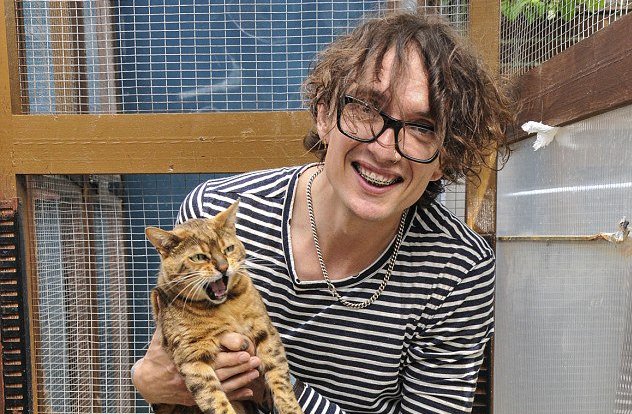 “Love is only a feline!”, reads today’s tweet from The Darkness’ frontman Justin Hawkins. What the singer meant by this is that three years after his cat Cully went missing, the pet was finally found on the streets of Lowestoft, Suffolk, where the musician used to live. The cat’s microchip revealed her owner was Justin Hawkins.

“I always knew in my heart that she was still alive,” Hawkins said (via BBC) “She’s always loved the great outdoors. I periodically checked in with the relevant databases and kept my details up-to-date because I knew this day would come.”

More: THE DARKNESS Invited 15 Fans To Be Part Of ‘Last of Our Kind’ Video

The singer picked up his cat from the Anglia Coastal Branch of Cats Protection, whose staff was taking care of Bengal Cully. Branch coordinator Delphine Wood said, “I contacted Justin and he was so thrilled to hear Cully was alive, fit and well. It was clear how much Cully meant to him.”

Hawkins currently lives in Switzerland, and that’s where his pet’s new home will be. Be the first to leave your comments, share the article, and stay tuned with Alterock Facebook and Twitter to never miss on the news about your favorite alternative music!