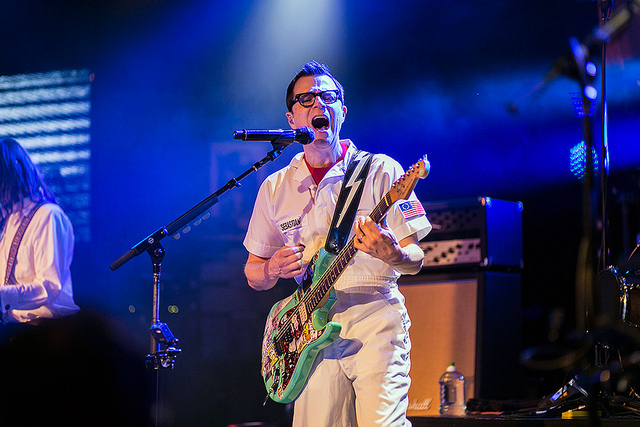 The surprising cover of Toto’s ‘Africa’, the result of a long Twitter campaign, now lands on Billboard Hot 100

Many of you didn’t believe it until Weezer actually did it. The band has recorded a cover of Toto’s superhit ‘Africa’! While fans were scratching their heads why the choice fell onto the ’80s’ hit, Weezer’s cover made it to No. 89 on the Billboard Hot 100! It’s the group’s biggest chart score in years, surpassing even their 2009’s success with ‘(If You’re Wondering If I Want You To) I Want You To,’ which reached No. 91.

The song dropped on May 29 and after just three days of digital sales and six days of airplay, ‘Africa’ cover found itself in the top 10 of Hot Rock Songs. The streams of the track reached 2.6 million in the U.S. in addition to 17,000 downloads sold, according to Nielsen Music.

Hear the Weezer’s cover and the original music video below. Which do you prefer?

It’s still not very clear how a meme-driven fan campaign #WeezerCoverAfrica actually moved the band to cover the 1982 hit. Apparently, frontman Rivers Cuomo and Co. had initially trolled the campaign, but several weeks later Weezer released Toto’s ‘Rosanna’ cover and soon afterwards, the fan-requested ‘Africa’. The originals landed Nos. 1 and 2 on the Billboard Hot 100 in 1983 and 1982, respectively.

Is the next Weezer album coming soon?

Fans have a reason to expect Weeezer’s new record, The Black Album, in the near future, according to SPIN. While making their 2017’s Pacific Daydream, Cuomo said they had actually been writing two albums. It’s just that one got finished faster than the other:

“This other album kind of materialized,” he told in an interview “I had two folders on my Dropbox: one was ‘The Black Album,’ and it didn’t get filled as quickly as this other folder. […] So, we put a name on it, Pacific Daydream, and put that out first.”

Check out what’s unfolding under #WeezerCoverAfrica hashtag on Twitter at the moment. Be the first to leave your comments and stay tuned with AlteRock Facebook and Twitter to never miss on the news about your favorite alternative music!