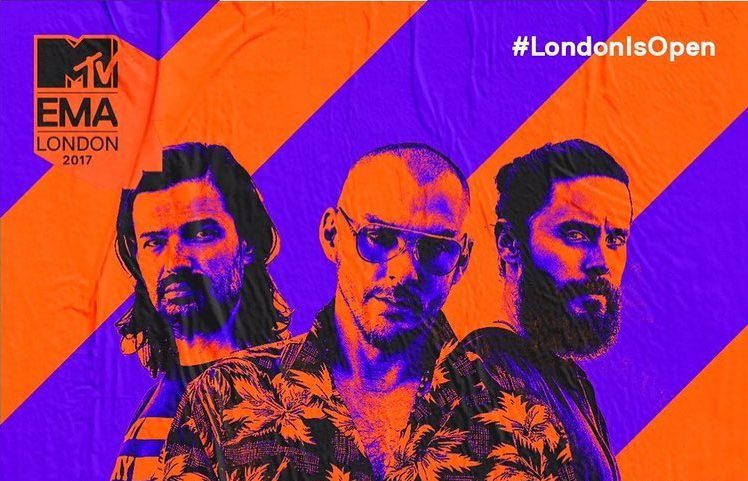 Singer and actor Jared Leto thanked fans and underlined: “We are Americans – a land of immigrants”

Congatulations to Thirty Seconds To Mars, who have topped up their collection of trophies: at the 2017 MTV EMAs they have won an award in the nomination Best Alternative Act. In the acceptance speech, Jared Leto thanked fans from the bottom of his heart and pointed out, just like in the band’s newest music video, that America is the “land of immigrants.” Watch Leto’s speech below.

Thirty Seconds To Mars frontman dedicated the speech to their echelon of fans and the idea of racial equity:

“We are Americans – a land of immigrants – and we just wanna say that we welcome you with open arms and with open hearts, and we love you. God bless you.”

Excited to see Thirty Seconds To Mars on tour next year? The band has recently announced their 2018 European run to present their upcoming album. See the list of dates below! 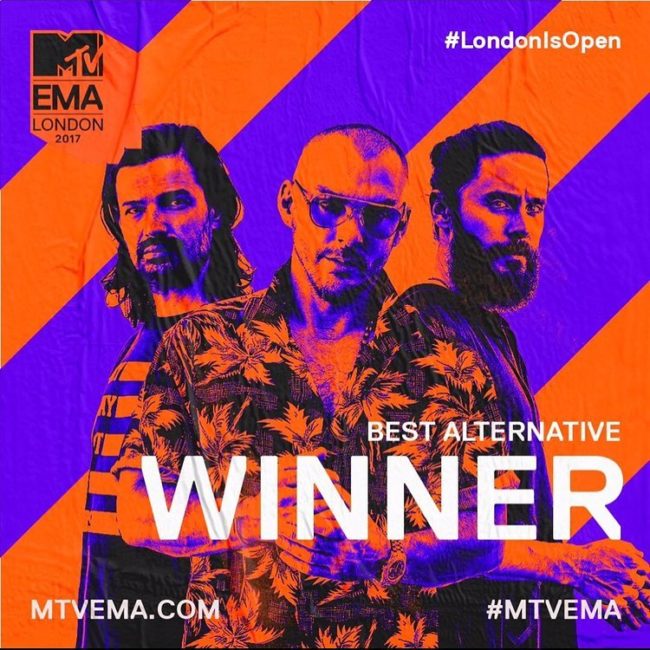