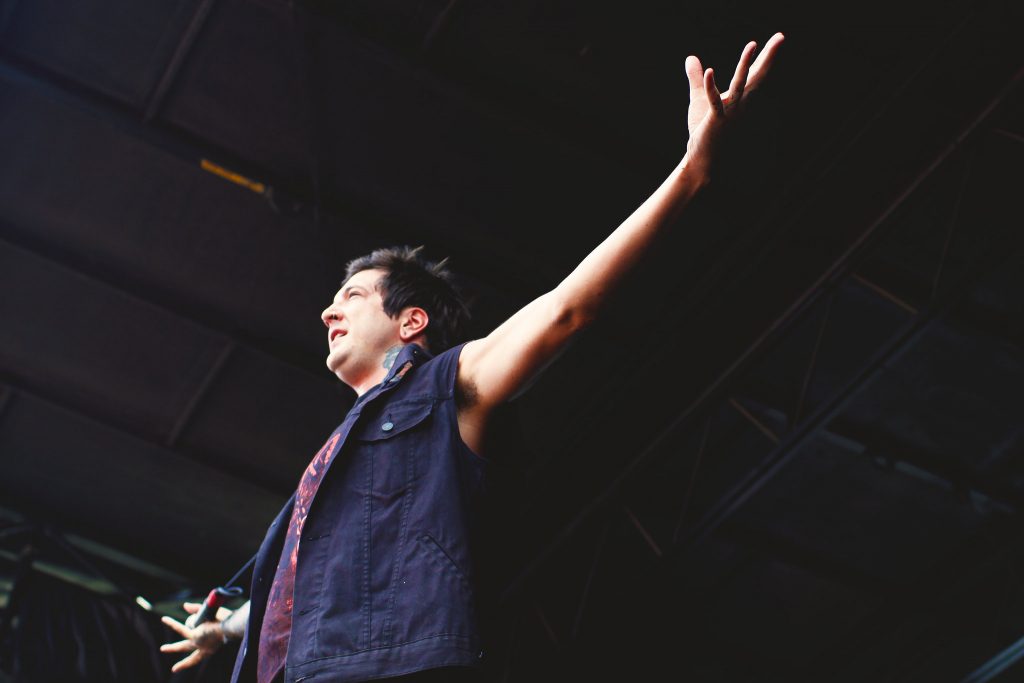 Austin Carlile is convinced “HE IS coming back soon. None of these current events are”, in a chain of recent tweets

Despite having lost many Twitter followers whenever he talks about religion, Austin Carlile (ex-Of Mice & Men) felt it was time for him to share his thoughts on what’s going on in the world.

Carlile, who likes to stay active on social media even after he left Of Mice & Men, has expressed his thoughts on everything happening around lately: from coronavirus to Black Lives Matter in a series of connected tweets.

“None of these current events are surprising” to Jesus, Carlile is convinced. He also believes “it won’t be the end yet” and expects wars and natural disasters to escalate but promises Jesus will be “coming back soon”. See all of his June 4 tweets below, as the vocalist touches on Black Lives Matter, police brutality, LGBTQ+ and other acute issues.

“From #Politics constantly dividing us& the #media lying to us. To #COVIDー19 keeping us socially distanced more than we already were… Quickly escalating to #blacklifematters (which they do) because of #racism (which is a sin) Which led to #peacefulprotests against injust…”

“… #PoliceBrutality (which is wrong) then escalating into #riots & #looting (many of which were started by paid agitators) or simply fed-up, angry, & most importantly, HURTING humans. Humans (all of which) were made in the IMAGE OF GOD, & who all suffer the effects of this…”

“EVIL world that we live in because of SIN. It is SIN that separates us from God. We have ALL sinned. But God sent HIS Son, Jesus, (not a pale white man btw) to die for ALL HUMANS, of EVERY COLOR, for EVERY SIN. It’s only by GOD’S GRACE, through faith, in JESUS BLOOD that we…”

“In JESUS. Who IS the definition of love. ‘God so loved the world that he gave his only Son, so that everyone who believes in him won’t perish but will have eternal life. God didn’t send his Son into the world to JUDGE THE WORLD, but that the world might be SAVED through him.’”

“Whatever ‘Jesus’ you’ve been shown by hateful Christians, or condemning churches, or the ‘we want your money’ television preacher that waters down the TRUTH of ‘We have ALL SINNED & fallen short of the glory of God. Saved by grace ALONE. So that NO MAN can boast..’ is WRONG and..”

“… On their behalf I want to apologize if you were mistreated or judged for having addiction, an abortion, an affair, depression, or a mental illness. I want to apologize for them if you’ve ever heard ‘you’re not welcome here for being #LGBTQ,’ or BECAUSE OF YOUR SKIN COLOR…”

“…. They were mistaken. I pray you forgive them too. That’s not Jesus. Yes, sin is sin & there is right & wrong. I will NEVER falter on that. But the JESUS THAT DIED FOR YOU FLIPPED TABLES IN A CHURCH! HE YELLED AT THEM & DROVE THEM OUT because they made His “Fathers house…”

“a place of money, merchandise, & not prayer.” THOSE WERE THE SAME PEOPLE THAT HE WILLING LET CRUCIFY HIM for YOU… Yes, YOU. THAT Jesus loved the poor & weak, the woman w/ 5 husbands, the starving & sick, the mistreated & the marginalized. AND HE ACCEPTED THEM AS THEY WERE…”

“… Just as He will accept you. No matter what condition, addiction, afflictions, culture, color, or race. It doesn’t matter. The life of JESUS matters to you, because YOUR life matters to Him. Come as you are now, because HE IS coming back soon. None of these current events are.”

“Surprising to Him or anyone who understands that the Bible is the living Word of God. He is on the throne. He came as a lamb before, but will be returning as a LION next. Think things are bad now? You have no idea. Live in Him, not the world, so you can live in joy, not fear.”

“At that time DECEPTION WILL RUN RAMPANT. Beware that you are not fooled! Many will appear claiming, ‘I am God’s anointed’ & THEY WILL LEAD MANY ASTRAY. You will hear of wars nearby & REVOLUTIONS ON EVERY SIDE, with MORE rumors of wars to come…”

“..Don’t panic or give in to your fears, FOR THE BREAKING APART OF THE WORLD’S SYSTEMS IS DESTINED TO HAPPEN. But it won’t be the end yet; it will still be unfolding. Nations will then go to war against each other & kingdom against kingdom…”

“…There will be terrible EARTHQUAKES, seismic events of epic proportion, HORRIBLE EPIDEMICS, & FAMINES in place after place. This is how the first contractions and birth pains of the new age will begin! -Matthew 24:4-8”

What do you think of Austin Carlile’s lengthy comments on Twitter? Keep an eye on the news about your favorite rock musicians – join us on AlteRock Facebook and AlteRock Twitter!