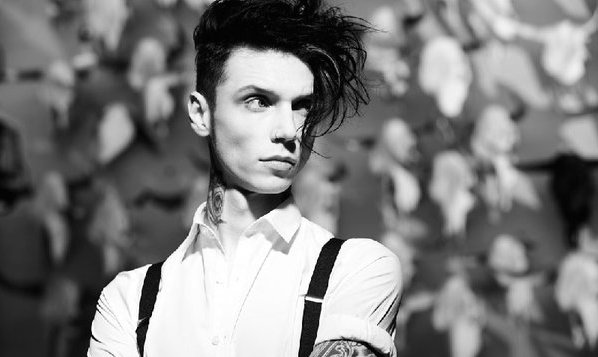 Andy Biersack, who is currently focusing on his solo Andy Black project outside of his main band Black Veil Brides, has premiered a new track, ‘Ribcage,’ presented as the Rockest Record on Daniel P. Carter’s BBC Radio 1 Rock Show. Be sure to stream it below, as well as the accompanying interview for BBC.

Black is preparing to release his debut album, The Shadow Side, on May 6. Fans had already had a chance to “taste” the sound of the new record in two songs, released from The Shadow Side earlier: ‘We Don’t Have To Dance’ and ‘Stay Alive.’ The first one, ‘We Don’t Have To Dance’, has reached No. 1 on Spotify’s US and UK viral charts. And the black and white video for the song has collected 4,5 million views.

More: Watch ANDY BLACK’s Stylish Video for ‘We Don’t Have To Dance’ 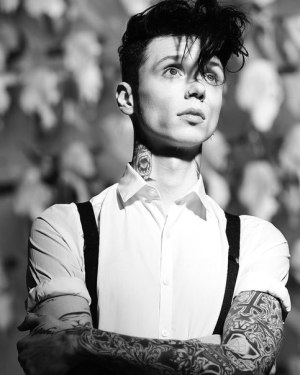 The Shadow Side, coming out May 6, is a dark yet light alternative record. “The songs are pop rock, fun songs. You know there’s certainly a kind of an element to the ’80s in there with Depeche Mode and Sisters of Mercy and that kind of thing,” says Biersack. “We were joking the other day that it’s goth Springsteen.” The guests on the new record are My Chemical Romance‘s Gerard Way, All Time Low‘s Rian Dawson, The Used‘s Quinn Allman, 5 Seconds to Summer’s Ashton Irwin and Less Than Jake’s JR Wasilewski.

As to other singer’s news, Andy Biersack and Asking Alexandria’s guitarist Ben Bruce will play leading roles in a new movie American Satan, penned by Sumerian Records founder Ash Avildsen. Biersack will be playing a character named Johnny, a rock musician. A week ago, the singer posted a an update on Twitter, reading: “And that’s a wrap on #AmericanSatan. Thank you so much to @ashavildsen for believing in me and giving me my first lead role in a feature film.” So it seems that Biersack’s part of work on the film is over.

Andy Black’s tour in support of his solo album will start in the UK and run May 10 through May 20, with the final show in London. Punk band Creeper will serve as support at UK shows. Then Biersack will fly back to the US for an extensive tour leg booked into early September. You can check out the full list of upcoming Andy Black tour dates and locations below. 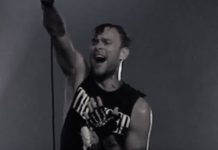